There are many ways to prove your love for a partner – always putting them first, showing them with gifts and … pretending to like their cooking!

One in three adults surveyed by Canstar Blue have pretended to enjoy a meal made by their other half in order to spare their feelings – cue tummy rub and Mmmm sound!

But is pretending to like your partner’s food a good idea, or a recipe for disaster?

Not only will you suffer the immediate displeasure of forcing down something you don’t like – or you pretend to be full up after a couple of mouthfuls and instead go hungry – but you’ll also be encouraging them to have another go next time!

Maybe honesty is the best policy? Or you could go along with 42% of survey respondents and simply volunteer to do the cooking because you know you’re better at it…

A whopping 86% of men believe their partner is a good cook, but only 62% of women said the same about their other half.

Interestingly both sexes were equally as likely to “fake it” in the kitchen to spare their partner’s culinary blushes, but women (54%) were twice as likely as men (27%) to volunteer to do the cooking in order to avoid any further dining disasters.

If you can’t stand the heat…

Women seem to be bearing the brunt of the kitchen nightmares as the gents do their best to impress. Fortunately for some ladies though, it seems men are still in the minority when it comes to who puts on the apron.

We asked more than 1,700 adults who does the most cooking in their household and found:

The survey found that young Aussies are much more likely to share the load, while older couples tend to have a designated cook – but it isn’t always who you might think.

While 26% of men aged 55-64 do the most cooking in their household, that drops to just 13% of 18-24 year-olds. That’s partly because the younger age group was found to be twice as likely as their elders to share the cooking responsibilities. But across all age groups, women are still doing the majority of the cooking.

Whoever does the cooking in your household, the most important thing is that they enjoy doing it. Whether their partner enjoys eating their meals or not is another matter… 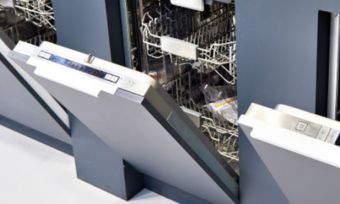