ALDI is sweeping Aussies off their feet by bringing back one of its most popular Special Buys for less than half the price you’ll find it elsewhere. We’re talking, of course, about the DEEBOT OZMO Robotic Vacuum.

The famous two-in-one robot cleaner with dual vacuum and mop capability is available in stores for a limited period only. The new DEEBOT OZMO 900 costs just $399 (valued at $999 at other retailers).

ALDI and Ecovacs teamed up last year to release the DEEBOT OZMO 610 for $299 as a Special Buy which sold out within days, sending shoppers into meltdown.

Buying Director at ALDI, Shay Stearnes, said they have extended their partnership with Ecovacs to give customers a chance to snag one of the latest models from the brand for the affordable price that Aussies usually expect from the discount supermarket chain.

“The DEEBOT OZMO Robotic Vacuum Special Buy received amazing feedback from ALDI shoppers last year. Given its incredible popularity, we are excited to once again partner with Ecovacs to offer a more advanced model at an extremely low price,” she said.

Head of Ecovacs, Karen Powell, added the model gives users a taste of how virtual mapping technology can be used to create a versatile, efficient and time-saving cleaning solution.

“Ecovacs Robotics continues to innovate and deliver smart cleaning systems which can understand and adapt to everyone’s own home environment, to suit your individual cleaning needs and schedule,” she said.

When it comes to the basics, the DEEBOT OZMO 900 has many of the same functionalities you would expect from a smart vacuum. These include:

It also has all the standard features of the Ecovacs Robotics DEEBOT range, such as stair safety sensors, obstacle detection technology, a high-efficiency filter, auto start and voice reporting.

What are shoppers saying about the ALDI Special Buy robot vacuum?

As expected, not all were impressed with the smart vacuum, with some suggesting the cheap deal meant cutting a chunk off the lifespan of the vacuum. 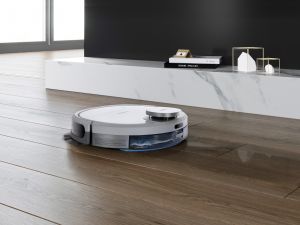 How does the DEEBOT OZMO compare to other robot vacuums with mops?

From ALDI’s Thermomix-dupe to its budget-friendly mattresses, many shoppers won’t be surprised to see a smart vacuum like the DEEBOT OZMO 900 sold at a fraction of the retail price of similar models. But what about its rivals? There aren’t many robot vacuums to choose from in Australia, compared to what countries like China or the UK have. Although that doesn’t mean there aren’t similar models still worth checking out. 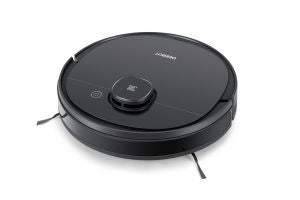 The DEEBOT OZMO 900 and DEEBOT OZMO 950 from Ecovacs’ range of smart vacuum cleaners are the only dual-function models that Aussies can buy year-round. Designed to vacuum, mop and sweep, both of these models share plenty of similarities and retail for $999 each. Ecovacs’ robotic cleaners are usually available at retailers like Appliances Online and JB Hi-Fi.

Some unique features of the brand’s flagship model, the DEEBOT OZMO 950, include: 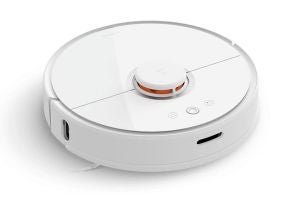 A pretty common recommendation from social media users is a Xiaomi robot vacuum, such as the Xiaomi Roborock S50 Robot Vacuum Cleaner. Available from retailers like Kogan, this model has many of the same features as the DEEBOT OZMO 900 in addition to vacuuming, mopping and sweeping, such as: 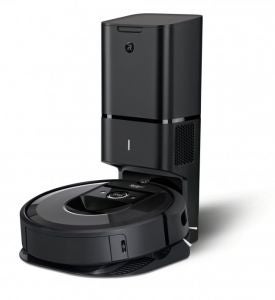 iRobot is the brand behind the Roomba and a heavyweight in the space of smart vacuums. Its range of robot cleaners doesn’t include hybrid models that provide both vacuuming and mopping capabilities. The closest type you can really get to the ECOVACS alternative is from the iRobot Braava range, which performs a dry sweep before mopping. But generally, the Roomba series is the brand’s go-to line for robot vacuums while the Braava collection sticks to robot mops. Common features include: 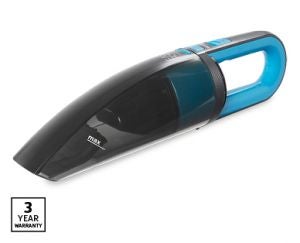 What else can you get from ALDI’s Special Buys this week?

ALDI will also be selling other cleaning essentials, car accessories and food specials, including:

The bottom line on the DEEBOT OZMO 900

ALDI really puts the special in Special Buys, with some hugely popular and heavily discounted items like the DEEBOT OZMO Robotic Vacuum only available for a week before disappearing into sale heaven – and that’s only if the products haven’t sold out.

So, is the DEEBOT OZMO 900 worth buying during this week’s Special Buys? Whether this two-in-one robot cleaner is the best for your home ultimately depends on what you need out of a vacuum cleaner. If you’re in market for a set and forget robot vacuum to do the hard work for you, it’s certainly worth a close look.

If you’re already considering the Ecovacs model, then it might be worth checking ALDI out. DEEBOT robot vacuums aren’t strictly available from ALDI, but the Special Buys are a definite way to save money on this smart appliance.