Looking to upgrade your television as an early Chrissy present? Well, forget Santa and hit up The Good Guys instead because the retailer is ‘sleighing’ nearly $2,000 off some models in Black Friday sales. We’ve rounded up the biggest deals offered by the tech store below. Happy shopping! 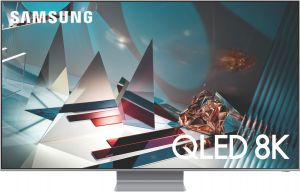 There’s apparently no need to squint at the TV screen with Samsung’s (QA75Q800TAWXXY) Smart TV ($6,795 RRP*), thanks to its Anti-Glare Technology. This feature supposedly reduces glare in different conditions, regardless of whether it’s day or night. The model also includes Direct Full Array, which is designed to adjust brightness and black levels to give greater contrast, depth and detail. 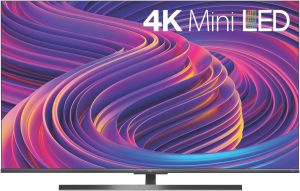 For something that stands out from the crowd, the TCL (75X10) smart television ($5,495 RRP*) is claimed to amp up what you see and hear onscreen. When it comes to visuals, the combination of the direct mini LED backlight, Quantum Dot Technology, 4K HDR and Dolby Vision apparently provides a cinematic experience. The Dolby Audio is similarly said to make dialogue and other little details clearer. 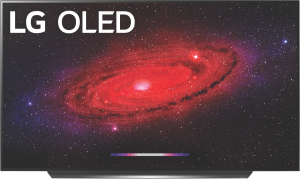 “Hey Google, how can I go to the movies without leaving the couch?” One of LG’s latest smart TV releases, the LG (OLED77CXPTA) comes with features like Dolby Vision IQ and a 9 Gen3 AI Processor 4K to give a supposedly more immersive experience ($8,495 RRP*). Plus, for convenience, its ThinQ AI lets you sync up your television to use hands-free assistants including Google Assistant, Amazon Alexa, Apple Airplay 2 and Apple HomeKit. 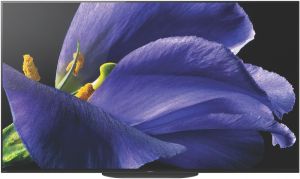 If sore eyes are forcing you to press pause on Netflix, the Sony (KD77A9G) might be worth investing in ($7,995 RRP*). It’s claimed to reduce eyestrain with its large 77-inch screen, plus make it easier to focus on text and graphics thanks to its 3840 x 2160 resolution. And if you’ve got a stack of DVDs gathering dust, you can pair this smart TV with a compatible DVD player. 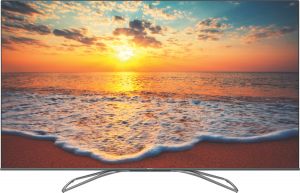 Are you a big sports or animation fan who wants to dive right into the action? The Hisense 75Q8 smart TV ($3,495 RRP*) is said to help you avoid lag using a 200Hz refresh rate, as well as distinguish smaller details thanks to a 3840 x 2160 pixel screen resolution.

*Prices taken from The Good Guys, correct as of November 2020.