It’s easy to get lost in the moment when you’re listening to your favourite tunes, but for some Australians their headphone-wearing habits have almost resulted in serious injury.

A Canstar Blue survey has found that New South Welshmen and women are the most prolific headphone wearers in the country – and are also the most likely to be hit by a car because of it.

The survey of 1,500 adults – who have purchased headphones in the last two years – found that respondents in New South Wales (24%) are the most likely to wear them everywhere they go. This compares with a national average of 19%, while those in Queensland (10%) are the least likely to never been seen without them.

And for many Australians, their musical enjoyment has almost come at a huge cost, with 13% of adults across the country admitting that they’ve almost been hit by a car while crossing streets because they were distracted by their music. In Queensland the number dropped to 11%, but in New South Wales it climbed to 14% of adults.

“Some headphones are designed to keep as much outside noise out as possible, which might be great from a music-listening perspective, but it isn’t necessarily great from a safety perspective,” said Head of Canstar Blue, Megan Doyle.

“Take a walk, or drive, down any street in Australia and you’re likely to see people walking along, listening to their music without a care in the world. Many drivers will have noticed this and will be extra vigilant as a result.

“Ultimately though, individuals should take responsibility for their own actions and watch out for potential dangers when crossing the road – even if they can’t hear much apart from their blaring music.

“Under no circumstances should anyone take any risks when crossing the street – no matter how lost in the moment they are.”

The Canstar Blue survey found that consumers spend an average of $134 on new headphones, with those in Victoria ($150) spending most. Adults in New South Wales reported an average spend of $136 – more than those in Queensland ($124) and South Australia ($111).

However, respondents in New South Wales (30%) are the most likely to buy cheap headphones and replace them when they stop working. That compares to a national average of 27% and low of 18% in South Australia.

New South Welshmen and women are also replacing their headphones most frequently – after an average of 3.9 years, compared to the national average of 4.9. Victorians (6.6 years) keep them longest. 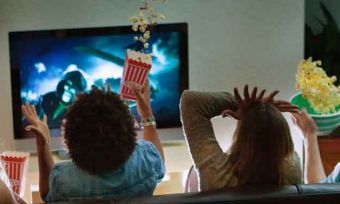