If you have children, chances are they’ve been pestering you for a smartphone since they were old enough to hold, chew on and throw one.

And deciding what age is appropriate for your son or daughter to own their own smartphone has become one of modern parenting’s toughest decisions. Canstar Blue’s survey of smartphone owners might just have the answer you’re looking for – provided, of course, that you haven’t already given in to their demands and bought one.

We asked more than 1,500 Australians what age they think children should be allowed to have a smartphone and their verdict was unanimous – 14. The average answer was 14.4 years of age, to be exact, but you might just want to make it their birthday present and save four more months of relentless nagging! 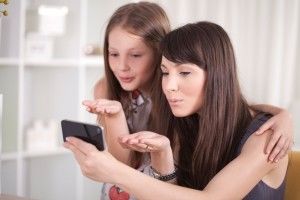 One in ten of our survey respondents were particularly hard-nosed on the subject, declaring that children under the age of 18 should not be allowed a smartphone. By that age, of course, they might already be working and could even have flown the nest, so you’d be doing pretty well to remain that strict for that long. In fact, they’d probably never forgive you!

However, it would seem that more and more Australian parents are giving their children exactly what they want – when they want it. According to a recent report by the Australian Communications and Media Authority, one in three primary school children now have their own mobile phone, while kids as young as eight are carrying smartphones. They might be cheap smartphones or old smartphones, but they are smartphones nonetheless.

So what are the positives of allowing children to have a smartphone?

2)    Smartphones and their apps allow children to access a wealth of learning resources with just a few clicks and swipes. There will surely be an app for just about every subject they’re likely to be studying, so it could be a way to improve their grades?

3)    Don’t forget how important it is to fit in at school. Kids face a huge amount of peer pressure and “fitting in” can be hard enough without the stigma of being the kid whose parents won’t let him have the latest technology. Having a smartphone could improve your child’s confidence, help them make – and stay in touch with – friends, and generally keep them happy and out of trouble.

But what about the negatives?

1)    Smartphones are a bully’s best friend. Their advanced messaging features, plus social networking apps, can be used to cyber bully your children even in the safety of their own home. Gone are the days when bullying was a purely playground problem – a smartphone could potentially give someone an additional platform to abuse your little one.

2)    Kids need sleep and smartphones can lead to them getting less of it, which could have a negative impact on their behaviour and how well they function at school. It’s hard to learn when you can hardly keep your eyes open.

3)    The great irony of owning a smartphone is that, rather than making people more sociable, it can have the reverse effect. Do you really want your son or daughter talking to their friends online while they’re sat at the dinner table? The more time you spend on social media, the less time you spend interacting with people in the real world. If you want to find out about your child’s day, it’s good to find out face-to-face, not via Facebook.

What does all this tell us? As a parent, there is nothing more annoying than others telling you what you should or shouldn’t be doing. How you raise your offspring and what gadgets you allow them to have – and at what age – is up to you. Every parent wants their children to be happy, but as the old saying goes, mum always knows best. 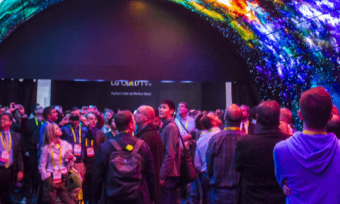