It’s beginning to look a lot like Christmas… in July, or rather June, with Kogan’s End of Financial Year TV sales in full swing.

Price can be a deal breaker when it comes to shopping for technology, but Kogan is offering some pretty hefty bargains on already discounted models. Plus, many of the televisions come with free shipping.

So, which smart TVs and curved TVs should you add to your cart? We’ve listed a few popular models you might want to consider keeping an eye out for.

Get up to 40% off some TVs at Kogan this end of financial year sales time. 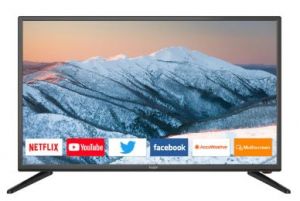 Fallen out of love with the free-to-air networks and prefer to indulge in a Netflix binge? Or maybe you can’t help but get lost in the strange depths of YouTube. Either way, Smart TVs like the Kogan 32” Smart LED TV might be worth considering due to its flexibility when it comes to entertainment.

The Kogan Series 7 AH7000 contains Netflix and YouTube buttons, as well as built-in access to Freeview, live and catch up content from all free-to-air networks. Plus, the model has a PVR system which can apparently record and store up to 1TB worth of free-to-air TV programs to watch later.

The Kogan 32” Smart LED TV also allows for screen mirroring for Android and Windows 10 devices, so you can use the TV for other purposes like showing holiday photos or practicing work presentations. 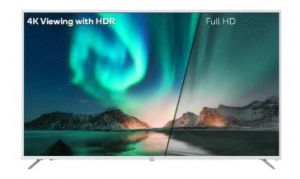 If your motto is “go big or go home”, then you might want to think about the Kogan 75” Smart HDR 4K LED TV. This model contains many of the same features as other Kogan smart TVs, but offers both 4K Ultra HD and High Dynamic Range (HDR).

The unit is equipped with Freeview Plus, so you won’t miss any of your favourite shows again. If you’re looking for ways to use older gadgets but find many televisions incompatible, the Series 8 MU8010 does provide support for AV inputs on legacy devices. 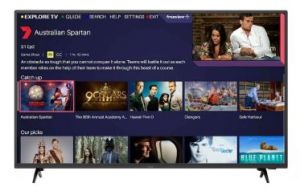 Next to the Kogan 32” Smart LED TV, the Kogan 50” Smart HDR 4K LED TV is rated to be one of the brand’s most energy efficient models. The Series 8 LU8010 model can also help you save energy in other ways, including helping you catch up on Facebook and Twitter without reaching for your smartphone in the other room. While you’re at it, you might as well use the one touch access buttons to quickly check the weather forecast before you head off to work.

The Kogan 50” Smart HDR has a 3840 x 2180 resolution, and supports 4K Ultra HD viewing with HDR. Other features include Wi-Fi and Lan connectivity with USB and HDMI ports. 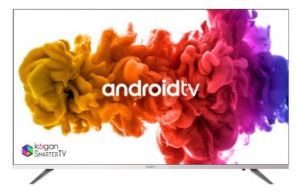 iPhone users may have Siri, while some households rely on Google or Alexa as their personal assistant. But when it comes to entertainment, it seems that products like the Kogan 40” Full HD LED Smart TV are similarly trying to inch their way into the home. With the help of the built-in Google Assistance, you can control the Android TV by voice. Through this you can pull up music on Spotify, launch streaming services such as Stan, and pause. 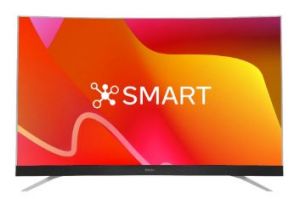 Some days are ideal for hiking mountains, while others are made for enjoying panoramic views of a different kind. If your plans involve sinking into hours of televised entertainment and crafting a perfect mould of yourself on the couch, you might want to think about saving up for a curved smart TV.

Products like the Kogan 55” Curved Smart HDR 4K LED TV are said to curve the images around your field of view to provide an “enhanced sense of depth and dramatic cinematic immersion”. The Ultra HD and HDR support are also claimed to create a higher dynamic contrast range that apparently highlights everything, including the most subtle details and colour hues.

Other TVs on Sale at Kogan

Bargain hunters can find many wallet-friendly discounts on a range of televisions at Kogan this End of Financial Year sales. Here’s a list of some of the models currently available on the website.

Plenty of retailers are dropping prices during the End of Financial Year sales, and many of these are listed on Kogan’s website. From vacuums to smartphones, there’s a wide variety of deals to choose from. So, keep an eye out as this shopper savvy period comes to an end.