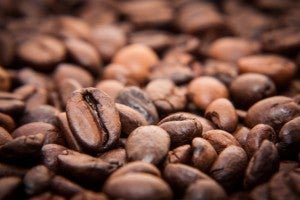 Making coffee is a very inflexible process for a lot of people – whether it’s a French press, stovetop Moka pot, or even a pod machine, many of us are stuck in our ways about how we make our coffee. While there’s nothing wrong with having a favourite way of doing it, we often tend to overlook, or ignore, other ways of making coffee, even if they could be easier or cheaper. So we’ve decided to compare some of the more popular ways of making coffee to see what the differences are.

It may come as a disappointment to some that no one way of making coffee is better than the others in terms of the coffee they produce, but at least it’s rather easy to explain why. There are two things most people will look for in a cup of coffee – body (i.e. the consistency and mouthfeel of the coffee) and the clarity of flavour (relatively self-explanatory). The annoying thing is that no one method of brewing coffee provides both of these characteristics to the extent that a coffee-drinker at home might desire. Any given method is either a trade-off of one for the other, or a balance of the two that doesn’t quite have enough of either.

This diagram explains it quite nicely. So this comparison will also take things like the difficulty and price of the brewing method into account in order to try and broaden the comparison beyond just the subjective idea of flavour. Ok, now on with the comparison!

Cons – poor flavour, bad for the environment and rather expensive per cup.

Pod machines have been the subject of much fanfare and excitement for the past few years, mainly because they take away all the effort traditionally associated with making good coffee at home and manage to churn out a cup of something better than instant. But that’s a very low bar to be surpassing, and most pod machines step over it rather than jump. Coffee pods are filled with small amounts of coffee that is:

On top of that, compared to other methods of making coffee at home, pods are both more expensive per cup and terrible for the environment due to them being not particularly biodegradable. So you’re essentially spending more to do less, and hurting the planet while you’re at it. Instant almost seems better after all that.

Cons – can occasionally be ‘muddy’ and higher in cafestol, a cholesterol-raising molecule found in coffee.

One of the more tried-and-true methods on this list, many homes have got a French press lying around somewhere, even if they don’t use it too often. It’s a favourite of many for a few reasons, the main one being that the French press is an incredibly forgiving way of brewing coffee. It’s quite hard to make yourself a bad cup of coffee using one, although we’re sure you could if you tried hard enough. The French press is the best option for those who value mouthfeel highly, as the more rustic filters in a French press don’t quite filter out those tiny little micro-particles found in ground coffee. This results in an ever-so-slightly thicker cup of coffee.

However, this is also the main disadvantage of the French press because there’s a fine line between better mouthfeel and muddiness, and it’s rather easy to cross that line. On top of that, if you’re using a coffee blend with slightly more complex flavours, at least a few of them will get lost in the French press. Unfiltered coffee like that made with a French press is also higher in cafestol, which can raise levels of serum cholesterol in the body.

Pros – Makes the closest thing to espresso you can get at home without an actual espresso machine, balances flavour and body well, reasonably cheap.

Cons – Easy to burn or over-extract your coffee, and some people may not be comfortable with making their coffee on a stovetop burner. Also not suitable for electric stoves.

The second-oldest way of making coffee on this list, (the French press beats it by a few years), the Moka pot is a classic Italian invention which will make you something very similar to espresso. However, while coffee made using a Moka pot will more or less look and taste like espresso, it’s technically not due to one technicality – the Moka pot uses roughly 1 to 1.5 bars of pressure to brew coffee, whereas espresso by definition requires roughly nine bars of pressure to extract. However, this is definitely only a technicality. Use a Moka pot properly and it’ll be hard to tell the difference between Moka pot coffee and espresso. The key word there being properly.

Using a Moka pot can initially be quite fiddly and take some time to get right. Because of the variability afforded to you by a gas stove, you can quite easily burn your coffee, or under or over-extract it. As with many things, practice makes perfect.

Pros – Easy to use and clean, small and portable, makes good coffee.

Cons – Can only make one cup of coffee at a time, takes some practice to figure out, and can make a ‘thinner’ cup of coffee.

The Aeropress is a slightly more recent innovation in the coffee field, and it’s one that’s gaining much fanfare due to its ease of use and compact design. It uses a paper filter in order to provide a much ‘cleaner’ cup of coffee, being completely free of micro-particles and sediments.

However, the Aeropress does come with a few drawbacks. The first one is that its aforementioned compact design means you can only make one cup of coffee at a time, making it less than ideal for parties or company. The other commonly cited issue is that the complete removal of all sediment and oils found in ground coffee results in a cup that is almost ‘too clean’, being too thin for some. And, as with most methods of brewing coffee at home, it takes some fiddling and experimenting to figure out how to use it just right.

Cons – Can be expensive, difficult to clean, has the potential to be thin or lacking in body.

The Chemex has recently made a resurgence in coffee snob circles, but has actually been around since the early 40s. It’s a form of pour-over coffee, but differs from the standard pour-over in two ways – it uses much thicker filter papers, and it’s a slightly different shape to most pour-over containers. Its popularity comes from its ability to make an incredibly clean cup of coffee with no bitterness or excess acidity, with the thicker filter paper ensuring no sediment gets through.

The flipside of this coin is that the thicker filter paper also filters out the oils found in coffee, which can result in rather thin coffee, and remove some of the more complex flavours of the coffee. Its shape can also make it hard to clean thoroughly, although if you rinse it immediately after use that should be sufficient.

So which one is best?

At the end of the day, none of these methods are inherently or objectively better than the others. Which one you end up going with will depend on a plethora of factors. Do you favour body or clarity of flavour? Are you looking to trade a little less effort for slightly lower quality, or are you prepared to be as involved as is required? How much money are you willing to spend on your method of choice?

Figure out your answer to those questions and you should end up with a rough idea of which of the above methods is best for you, although we whole-heartedly recommend choosing two or even three and experimenting with them. You’ll never know which one you prefer best until you try it.