Coffee is one of the most popular drinks worldwide, with many people drinking the bean on a daily basis.  With such regular and widespread usage, coffee has been subject to countless studies to research its health effects.

For a long time coffee was thought to increase the risks of coronary heart disease, but recent studies have shown that this is unlikely.  In fact, coffee has been shown in some studies to increase vascular function and lower the rate of heart failure, particularly for people who consumed four or more cups a day.

Coffee has also been shown to improve mental health in some cases, reducing feelings of depression and increasing overall mood.  Coffee drinkers also have lower risks of several types of cancer, type 2 diabetes and developing Alzheimer’s.  They also tend to live longer than non-coffee drinkers and have a 20-30% lower risk of premature death.

There are however some potential risks to drinking coffee, particularly when consumed in excessive quantities.  Particularly in people with pre-existing conditions, caffeine can increase anxiety.  It can also aggravate migraines, arrhythmias and sleep disturbances in those already affected.

There are also some poorly understood potential side-effects to excessive coffee consumption in pregnant women, including a potential increase in the chances of miscarriage. However, the risks are poorly understood, and older studies tended to not control for mothers who smoked.  Current recommendations are that women who are pregnant drink no more than two cups of coffee a day.

In general though, coffee drinkers can rejoice knowing that the live longer, have better hearts and less risk of cancer.  In fact, the only major health problems occur as a consequence of caffeine withdrawal, so it’s perhaps best if you have another cup.

How to save money on coffee 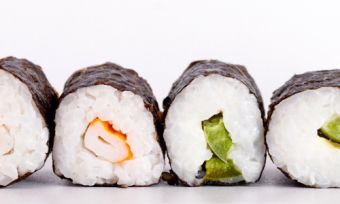