The Australian Federal Court has ordered the company to pay penalties totalling $4,608,500 for making false or misleading representations and misleading the public in relation to its TM31 kitchen appliance.

The company knew there was a potential risk of injury to users caused by the lid lifting and hot food and liquid escaping from the mixing bowl before it had settled.

In proceedings brought by the Australian Competition and Consumer Commission (ACCC), the Court found that Thermomix breached the Australian Consumer Law through its silence about the safety issue affecting its TM31 appliance.

Thermomix continued to supply and promote the product and didn’t notify consumers about the safety issue until a later date.

Under consumer law, a business is required to report to a government agency within 48 hours of becoming aware that one of its products has caused a serious injury to a person with the use, or foreseeable misuse, of a product they supply.

“By failing to act swiftly and alert consumers about the potential safety hazard with the TM31 appliance, Thermomix misled a number of consumers and placed their safety at risk,” said ACCC Commissioner Sarah Court.

The Court also found that Thermomix made false or misleading representations to certain consumers about their consumer guarantee rights.

Thermomix told certain consumers that refunds or replacements were not available. One customer was told that their entitlement to a refund or remedy was conditional on them signing a non-disclosure agreement, preventing them from making negative comments about Thermomix, when this was not the case.

“Thermomix’s penalties should serve as a reminder to all businesses that consumers have rights in relation to faulty products which businesses cannot restrict, alter, or remove,” Ms Court said.

Thermomix has admitted that it failed to comply with the mandatory reporting requirements on 14 occasions for injuries arising from the use of its appliance. Thermomix co-operated with the ACCC in resolving the proceedings and has consented to orders which included declarations, the implementation of a compliance training program, publishing notices on its website and Facebook page, and making payment towards the ACCC’s costs.

Thermomix supplied the TM31 kitchen appliance in Australia up until September 2014.

Thermomix first notified customers of the TM31’s safety issue by way of a Facebook post on 23 September 2014, and subsequently sent emails to affected customers notifying them of the safety issue two days later.

Approximately 105,000 of the potentially affected TM31 appliances were supplied to Thermomix for sale to Australian customers. 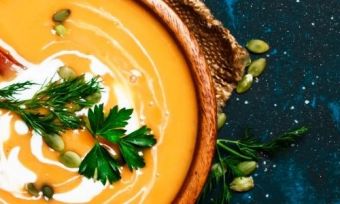 Is a soup maker a must-have or a dud?