You might think that a coffee’s just a coffee. Sure, you have your macchiato and ristretto and lungo, but at their most basic level they’re all just the same thing – different Italian words used to describe combinations of coffee grounds, water and sometimes milk to create different caffeinated beverages. But there can be much more to it than that. There’s no end to the weird and wonderful things baristas keep coming up with. Here are a few of the most interesting coffee trends doing the rounds in Australia right now.

These creamy hot drinks are made by adding food dye to frothed milk and swirling it to create a rainbow in your coffee.

For a supposedly ‘healthier’ version, many Australian cafes forgo the coffee part entirely and instead swirl together milks coloured and flavoured with natural ingredients, such as turmeric (yellow), beetroot (red) and matcha green tea (green). Some claim that these drinks have special health benefits, and while they’re yet to be proven to be anything more than a way to ease caffeine out of your diet, they’re a fun alternative for kids and the caffeine-intolerant. 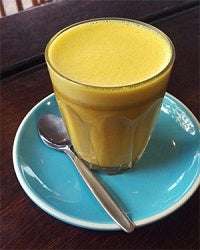 The natural living community claims that turmeric has anti-inflammatory properties that can do all kinds of wondrous things, such as control asthma, cure the common cold, and prevent cancer. These claims are unsubstantiated, but it can certainly be enjoyed as a caffeine-free alternative for those who want a hot drink but don’t want something super sweet like a hot chocolate. Turmeric lattes have been touted as a ‘new’ concoction when in reality warm turmeric milk has long been a popular pre-bedtime hot drink in India, with a tradition much like hot chocolate has in the West.

A morning version of the popular gin drink, a coffee and tonic is made by pouring either an espresso shot or cold brew concentrate over a glass of tonic water and ice. The tonic water gives more of a kick than plain water offers for a refreshing cold drink. It’s an easy drink to make at home, especially if you use cold brew. It can be easily taken up a notch for whiling away warm summer afternoons by creating a coffee gin and tonic. The Kitchn recommends using fruitier beans (such as those from Ethiopia or Kenya) for making coffee and tonics, as these pair better with tonic water’s citrus flavours.

Coffee served with butter and oil. That sounds pretty gross, but it’s apparently very tasty. It makes sense, if you think about it – everything’s better with butter. Well, maybe not your health, but the ‘inventor’ of Bulletproof Coffee, Dave Asprey, claims otherwise. There’s as yet no scientific evidence for the health claims made about buttered coffee.

The branded Bulletproof Coffee products include expensive ‘upgraded’ coffee beans and medium chain triglyceride oil, but there’s no need to use the branded versions. Any coffee and medium chain triglyceride oil (such as coconut oil) will do just fine. It’s simple to make – just add a tablespoon of oil and two tablespoons of butter to a hot coffee. Bulletproof Coffee recommends blending the mixture before drinking to get the best texture.

If you think about it, it’s not too weird to add butter to coffee – some people put cream in their coffee, and butter is really just churned cream. The Bulletproof Coffee lifestyle is just a fad diet, but as long as it’s consumed in moderation it’s a pretty tasty trend.

At the height of the ‘deconstructed’ food fad, a Melbourne cafe was subject to intense mockery after it proudly launched its deconstructed coffee. With frothed milk, hot water and espresso each served in a glass beaker delivered on a wooden platter, coffee has never been so pretentious. In the cafe’s defense, its manager explained that the deconstructed long macchiato was served deconstructed to allow customers with very particular and varying ideas of what makes a good macchiato to have control over their own drink. It says a lot about Melbourne coffee culture.

Sydney cafe Piccolo Me is famous for serving espresso in cups made out of cookies (Esprookie) and croissants (Crospresso) with a choice of toppings. Coffee can also be served in ice cream cones and cakes. Coffee and dessert are a natural combination, so it’s a logical next step to combine them properly! 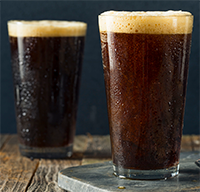 A rapidly growing trend that first began in the US but can now be found all over Australia is nitrogen-infused coffee. Coffee is cold brewed, extracted, then infused with nitrogen under pressure. It’s stored in a chilled keg and served as a draught on tap, with a foamy head, just like beer.

The idea behind the nitrogen infusion is that the tiny bubbles make the drink thick and velvety, without diluting the coffee taste. This works because nitrogen gas doesn’t easily dissolve in water. Nitrogen coffee is generally served black over ice, but can also be mixed with milk and flavourings. The trend is making your local cafe look more like a pub (in which it’s socially acceptable to be seen drinking a pint at 8am).

One of the most uniquely Australian ways to drink coffee is through a Tim Tam. That’s right! For gluten-free and vegan folks, an equivalent such as Leda’s Choculence biscuits work just as well. Take a bite off each end, then use the biscuit like a straw to suck up your coffee. As the hot coffee goes through the biscuit, it melts the inside and picks up bits of chocolatey goodness. It also infuses the biscuit with the coffee flavour. Watch out – the heat can make the structure of the biscuit collapse! It’s not something that can yet be found on a cafe menu – that we’re aware of – but it sounds fun. 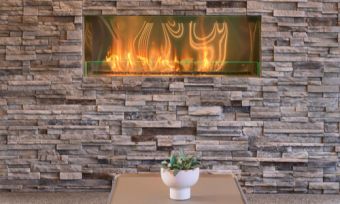