South Australians lead the way with vegetables, fruit is most popular in Queensland, Western Australians are most likely to have chocolate, and Victorians are most stocked up on cold soft drinks. We’re talking, of course, about the contents of Aussie fridges.

One in four households (25%) has packaged ready meals, more than three-quarters (77%) have leftover meals and 29% keep medicines, cough syrups or eye drops in their fridge.

In terms of traditional fridge staples, the survey found that:

Meanwhile 86% of Aussies have vegetables in their fridge, 62% have fruit, 41% have fish or other seafood, and white and red meat are equally as common (59%).

Almost half of respondents (46%) have chocolates or biscuits in the fridge, 49% have bottled juice and 57% have processed sandwich meat.

The state of our fridges

For LG, it is the second year in a row at the top of the ratings, but this time it is joined by Hisense – a newcomer to the ratings for this year. Both brands earned top marks in five out of the seven research categories. 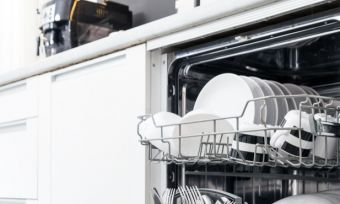 How long should my dishwasher last?