If you’re serious about losing weight fast, we’ve compared some of the best weight loss shake brands available with our customer satisfaction ratings.

Show Important Notes^* Hide Important Notes^*
* Overall satisfaction is an individual rating and not a combined total of all ratings. Brands with equal overall satisfaction ratings are listed in alphabetical order.
^ By clicking on a brand or ‘details’ button, you will leave Canstar Blue and be taken to our referral partner to compare. You agree that Canstar Blue’s terms and conditions apply to this referral. If you click on a brand that our referral partner does not cover, you will be taken to a brand page on Canstar Blue.
Canstar Blue research finalised in July 2015, published in September 2015. 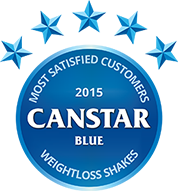 Canstar Blue annually surveys dieting Aussies to find out which brands of weight loss shakes are rated highest, and we’ve noticed our own trend over the last three years as ALDI’s Slim & Trim range of shakes has consistently outscored the rest – including some of the biggest names in the industry. 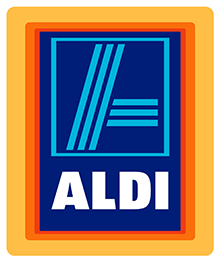 Losing weight is serious business – not just for individuals looking to drop some kilos, but for the big companies hoping to cash-in on Australia’s collective growing waistline. A shocking 63% of Australian adults and one in four children are now classed as overweight or obese – a rise of almost 10% in 20 years – and the trend is expected to continue.

For those who would like to drop some belt sizes – to improve their fitness, health, self-esteem or any number of other reasons – the weight loss industry competition may well be considered a good thing. Just like there has never been a greater number of fast food services to play a part in you pilling on the pounds, there have never been more weight loss solutions to help you slim down. For people who struggle with their weight, it seems to be a vicious circle, and breaking it can be extremely difficult. Our survey of dieting Australians found that:

Almost bursting out of pharmacies, weight loss products come with big promises and give consumers high hopes. But which ones really live up to expectations and help people achieve their healthier goals? Canstar Blue annually surveys dieting Aussies to find out which brands of weight loss shakes are rated highest, and we’ve noticed our own trend over the last three years as ALDI’s Slim & Trim range of shakes has consistently outscored the rest – including some of the biggest names in the industry. Given the shakes come from a discount supermarket chain, you might call it dieting on the cheap. But those who have had success with Slim & Trim simply report a recipe for weight loss success.

Can you really lose weight by drinking something that tastes like chocolate? Well, it seems likely that replacing two meals a day with relatively low-kilojoule shakes will have the desired effect in the short-term. Blackmores quotes a study which claims that participants lost approximately 7% of their bodyweight over a 12-week period by consuming two meal replacement shakes and one sensible meal each day. However, dieticians and health experts are spilt over the long-term benefits of consuming weight loss shakes as people struggle to adapt to ‘normal’ eating habits after their initial weight loss. They stress the importance of eating healthy, wholesome foods and also raise concerns that dieters could underestimate their daily intake of calories by using weight loss shakes.

“… As part of a calorie reducing diet, you will be hungry. You can’t hide that.”

If the shakes fail to keep you feeling full-up, you could be prone to snacking and may end up exceeding your recommended daily allowance. That’s a trap many people seem to fall into, as our survey found 35% of dieters drank their shakes in addition to eating three or more meals a day. Your weight loss is also likely to fail if you’re tempted to drink two or three shakes per sitting instead of one.

‘Slow and steady wins the race’ is usually the advice from dieticians. So are weight loss shakes just a temporary fix? The aforementioned study went on to claim that “many” of its participants maintained their initial weight loss after 12 months by switching to one shake and two sensible meals per day. The research concluded that meal replacement shakes offer several benefits, including improved behavioral compliance and increased nutritional knowledge. But you’ll no doubt be able to find numerous other studies that claim weight loss shakes either do or don’t work. Our survey of Aussies who have used weight loss shakes in the last six months found:

Like with most things in life, there are pros and cons of using diet shakes. The important thing to remember is that they are designed to be used in a specific way; if you stick to the plan, you should lose weight, but if you don’t, you may not just fail to lose weight – you could pile it on.

There’s no doubt that they divide opinion, but consumers who use diet shakes generally speak highly of them – a significant 46% told us they struggle to lose weight without them. Whichever brand of shakes you choose to use, just remember to follow the guideline of the program. You can then be the judge as to how effective they really are.

Why use weight loss shakes?

There are lots of physical and emotional reasons why people become overweight, but for some it will be an unhealthy combination of their busy lifestyle, irregular eating habits and poor food choices. Some people will turn to weight loss shakes as a last resort after failed attempts to lose weight by more ‘conventional’ methods such as eating smaller portions and introducing regular exercise to their daily routines. But others may see weight loss shakes as a convenient and tasty option – who doesn’t like the idea of slimming down by drinking delicious chocolate, strawberry or vanilla shakes? Diet shakes normally just require a powder to be mixed with skimmed milk or water, making them easy to pack in your work bag and quick to prepare, reducing your chances of grabbing an unhealthy snack when you crave a quick bite to eat.

How do weight loss shakes work?

Weight loss shakes (also known as diet shakes or meal replacement shakes) are designed to act as a replacement for large meals, keeping you feeling full-up and energised, without consuming food and potentially a significant amount of calories (or kilojoules). Replacing some meals with calorie-controlled diet shakes means you will reduce your daily and shed weight over time – at least, in theory. Weight loss programs generally guide consumers to replace one or two meals per day with shakes – not every meal. Diet shakes tend to include around 200-400 calories but they should be consumed in addition to a regular, healthy-balanced diet. Of course, you could simply replace one or two meals each day with some fruit or vegetables and replicate a similar level of calorie-reduction, but the idea of weight loss shakes is to keep your body fuelled with the essential nutrients it needs.

What are weight loss shakes made of?

Weight loss shakes are generally a combination of different fibres, proteins, vitamins, minerals and other additives in a flavoured milk or water-based drink. As you’d expect, ingredients can vary depending on the type of products you buy, and some brands are better at detailing their ingredients than others. The ingredients listed in some products may appear more scary than yummy – with plenty of long words and numbers – but we recommend comparing ingredients between different brands to get a firm understanding of what you’ll be drinking. For example, Rapid Loss and Optifast provide detailed breakdowns on what’s in their products.

How much do weight loss shakes cost?

Weight loss shakes can be expensive and usually come in large packs designed to tide you over for a few weeks at a time. You can also expect some of the big name brands, which sometimes boast celebrity endorsements, to cost even more. A good way to judge the value of diet shakes is to work out how much money you’d be likely to spend on the meals that the shakes are going to replace. For example, if you spend $10 on lunch every day, there might be significant savings to be made from buying a $30 supply of shakes that lasts you a whole week. From our survey of dieters, we found consumers spend an average of $57.30 on shakes per month.

We wish you well on your weight loss journey.

Canstar Blue commissioned Colmar Brunton to survey 6,000 Australian consumers across a range of categories to measure and track customer satisfaction. The outcomes reported are the results from customers within the survey group who have purchased and consumed weight loss shakes in the last six month – in this case, 729 people.