Leaping before looking: One in five fails to check phone bill before paying 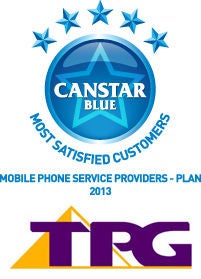 Paying for something without considering the costs can lead to unnecessary financial burden down the track … but that’s exactly what one in five respondents to our survey are doing by not checking their mobile phone bill before paying. The highest proportion of respondents in this mindset were Generation Y’s, a third of whom agreed this was their usual approach to paying the phone bill.

Interestingly, the survey also found that residents in metropolitan areas were more likely than those from regional areas to regularly struggle to attain network reception for their mobile phone (24% versus 17%). Of those metropolitan residents, New South Welshmen were more likely than other state respondents to believe their phone carrier’s signal wasn’t up to scratch (31%) while Queenslanders were least likely at 20%.

Reception issues could be even more problematic for nearly half of our respondents, who agree that their mobile phone has become a personal assistant they ‘can’t live without’. This was particularly true for Generation Y respondents who were twice as likely as Baby Boomers to agree with this statement (70% versus 29%).

For those with a mobile phone dependency, the ability of your service provider to deliver when it comes to features like network service and value for money can make a real difference to everyday life. Our survey results have compared mobile phone service provider brands for your consideration, with TPG emerging victorious to be awarded our 2013 award for Most Satisfied Customers – Mobile Phone Plan Providers.

TPG have won a Canstar Blue award for mobile phone providers three years in a row, and complemented this year’s accolade with five star ratings in five out of six criteria. Telstra also received a five star rating; for network coverage.

Also rated in these results were Virgin Mobile, Optus, Vodafone and 3 Mobile. Prepaid mobile phone providers have also been rated.

Canstar Blue commissions Colmar Brunton to regularly survey 2,500 Australian consumers across a range of categories to measure and track customer satisfaction. The outcomes reported are the results from customers within the survey group who have an active mobile phone account (post-paid) in their name and pay the bills – in this case, 1,609 people.

Customers looking for value for money from their mobile phone provider can turn to TPG, which received five stars in this area. Virgin Mobile, Optus and 3 Mobile followed with four stars each, and Telstra and Vodafone finished with three.

Whether you are looking for a new smartphone or just a brush-up on the terms of your contract, good customer service can mean a better resolution to your enquiry. TPG achieved five stars for mobile phone provider customer service, Virgin Mobile and Optus each received four star ratings; and were followed by Telstra, 3 Mobile and Vodafone with three stars each.

Accessibility of the plan provider

If your mobile phone provider is accessible (in the shop, online, telephone), chances are your query can be resolved quickly and easily. Customers of TPG were most satisfied with the accessibility of their mobile phone provider, earning the telecommunications company a five star rating. Next with four stars were Virgin Mobile, Optus and Telstra; then three star recipients 3 Mobile and Vodafone.

Mobile phone bills can be complicated to understand, so clear billing information from your provider can help resolve some of the confusion. TPG achieved five stars for billing in this category, edging out four star recipient Virgin Mobile. Close behind with three stars each were Optus, Telstra, 3 Mobile and Vodafone.