Looking for the right childcare centre for your little one? Compare some of Australia’s biggest providers with our customer satisfaction ratings. 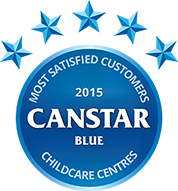 Parents who took their child to Mission Australia Early Learning were most satisfied with the overall ‘package’ of their childcare centre. Owned by Mission Australia, the Christian community service organisation, it provides early learning and care for children aged 6 weeks to 6 years – and seems to be doing a pretty good job of it, our findings show.

If there’s one thing you should never tell a parent, it’s how to raise their child. Parenting advice, even from family and friends, is very rarely and only begrudgingly accepted by some mums and dads. If you don’t have kids yourself, don’t even think about it! Parents can, and will, criticise their little ‘bundles of joy’ as much as they jolly well like, but don’t you dare chime in….

With that in mind, we’re going to tread carefully as we announce our latest customer satisfaction ratings for Australian Childcare Centres. We asked close to 1,000 mums and dads about their experience with some of the country’s biggest childcare providers, and our ratings (shown above) reflect their feelings and sentiments.

Parents who took their child to Mission Australia Early Learning were most satisfied with the overall ‘package’ of their childcare centre. Owned by Mission Australia, the Christian community service organisation, it provides early learning and care for children aged 6 weeks to 6 years – and seems to be doing a pretty good job of it, our findings show.

Even if you’re a parent who doesn’t take too kindly to advice, we hope our ratings prove helpful as part of your search for the right childcare centre.

The good news is that the vast majority of parents we surveyed are generally happy with the centre their child frequents, which suggests there are a lot of good ones out there. Remember, our ratings include some of Australia’s biggest providers, but there are thousands of others out there, many of which are small, independent and family-run centres.

You, the parent, may only spend a few minutes at a childcare centre each day, but your child will have to make him or herself comfortable for several hours, and you’ll want them to enjoy their experience – particularly if you plan on taking them back on a full time basis.

It’s common for parents to feel guilty and even anxious when they leave their ‘little one’ in the hands of strangers, so you’ll want to get the decision right for your own piece of mind. Does the centre have a good reputation for the care it provides? Does it have modern facilities and activities to keep kids occupied? Is it close to home? Is it affordable?

We asked our 934 survey respondents, who have child in childcare, what the biggest deciding factor was when they chose their childcare provider. They told us:

So almost one in three parents placed convenience ahead of reputation, facilities and even cost when they picked their childcare centre. That may sound surprisingly, but it’s also quite understandable. Who wants a long drive home after you collect your child at the end of a working day? You’ll probably want to get yourself and your boy or girl home as quickly as possible, especially as they might be tired or fed-up.

Interestingly, there were some subtle differences between mums and dads when they answered this question. Dads were more likely to have chosen their childcare provider based on its reputation or how much it costs, while women were more likely to have picked their centre based on its facilities and activities, or proximity to home or work. For most parents though, convenience, reputation, facilities and cost will all be important considerations … but for many, a long drive home is clearly a deal-breaker.

It’s no longer just about making sure children are safe and cared for – childcare providers are now expected to provide a minimum standard of education, through Early Childhood Education and Care (ECEC) services. The Department of Education and Training regulates the operation of these education services for children from birth to school age. Providers are required by law to employ a number of qualified staff – the number of which, and their type of qualification, will vary depending on the number and ages of children for which the service is provided.

This adds just one more consideration for parents to take on board when picking their centre.

The fight for childcare places

While many parents were concerned about the distance needed to travel to their centre, spare a thought for the one in ten mums and dads who had no choice over where to send their child. In some parts of Australia, places at childcare are hotly contested as supply struggles to meet demand, particularly in major cities. Almost half (47%) of parents told us they spent time on a waiting list before being able to join their centre, and the average wait was a whopping 19 weeks – more than four months!

In addition, a significant 30% of mums and dads said the centre they use was not their first choice.

A Government inquiry report into childcare and early childhood learning in Australia was published by the Productivity Commission in February 2015, with the aim of redesigning the childcare system to make it easier for women to return to the workforce. It was set up to address, amongst other things, concerns surrounding: costs, inadequate places for children under the age of 2; a lack of childcare places in inner cities; long waiting lists for good services; and a lack of flexibility from childcare providers. The commission concluded that the current childcare system was “complex and costly” and its recommendations amount to a wholesale change in the way childcare is funded and administered. Taxpayers currently spend $5.7 billion a year helping parents cover the cost of childcare through two separate payments. The report recommends that the current system be replaced in favour of a single subsidy and said it should also be available for nannies to “better meet the needs and budgets of families”.

The cost of childcare

To help with childcare costs, the Government offers two types of financial assistance – the childcare rebate and childcare benefit. These benefits can be claimed directly through childcare providers, reducing a parent’s out-of-pocket costs.

Our survey respondents reported an average fortnightly expenditure of $300 on childcare. This amount is out-of-pocket costs, and it should be noted the average amount includes parents whose children attend childcare on a permanent and part-time basis.

That is likely to have an impact on most family budgets. Indeed, 52% of parents told us that childcare costs are their family’s greatest cause of financial concern and 54% said they spent more on childcare than they do on food. In addition, we found:

While location, facilities, costs and reputation are important considerations when it comes to picking a childcare centre in the first place, once the decision has been made and your child has a regular place, plenty of other factors start to play a part in determining parents’ overall satisfaction with the service. This will include things like; the flexibility of the centre (how accommodating are they when you’re running late); how well staff communicate with parents (do you get regular emails to report on your child’s day); the quality of food provided (is it fresh and healthy); does the centre have a good educational program; and does the whole package represent good value for money? But what do parents want more than anything else? We found their drivers of satisfaction to be as follows:

So above all else, parents want to drop their child off at childcare in the knowledge that they are being looked after in a safe, caring and professional environment – which is the least you should expect. In fact, with quality care the minimum requirement of childcare providers, it seems natural that parents should start to expect a little bit more for their money, including fun activities and a competent educational program.

Mission Australia Early Learning operates more than 50 centres across Australia, providing “high-quality early learning and care” for children aged 6 weeks to 6 years. It is a not-for-profit childcare provider and says its centres are stimulating, natural environments that foster a sense of wellbeing, wonder and belonging. Mission Australia Early Learning says its centres are focused on exposing children to as much nature as possible to build a strong platform for ongoing awareness of and engagement with the natural world. It promises a caring, fun and creative place for children.

With more than 600 centres across Australia, Goodstart Early Learning is the country’s biggest childcare provider. It is a not-for-profit organisation and says it works to three strategic goals – quality, inclusion and stability. Goodstart’s vision, it says, is for Australia’s children to have the best possible start in life. It promises high-quality, accessible, affordable, community-connected early learning in its centres and to openly collaborate with the sector to drive change for the benefit of all children.

Guardian Early Learning Groups says it seeks to become the highest quality provider of childcare centres in Australia. It is “a community of early childhood professional dedicated to the care and education of young children through the early years”. The group has more than 60 centres across Australia and also provides on-site or near-site childcare facilities for some of the country’s largest corporations that seek to provide company-sponsored childcare for their staff. Guardian wants to “shape the world of tomorrow through the children of today”.

Two words that are synonymous with KU Children’s Services, it says, are ‘progressive’ and ‘dynamic’. Founded way back in 1895, KU is a not-for-profit childcare provider and says it has built an enviable reputation for having highly qualified, experienced and dedicated staff across its more than 150 centres. It has a “strong play-based learning philosophy” and promotes relationship development, social skills and tolerance of others and their environment.

YMCA promises a caring, nurturing, stimulating and safe environment at its childcare centres. “When you walk into our childcare centres you will immediately know it is the right centre for your child” it says. YMCA believes in creating confidence in children and allowing them to have a fun and relaxed time under the supervision of its passionate staff. It boasts great outdoor environments, well-resourced indoor play areas and nutritious home cooked food.

Canstar Blue commissions Colmar Brunton to regularly survey 3,000 Australian consumers across a range of categories to measure and track customer satisfaction. The outcomes reported are the results from customers within the survey group who have a child who has attended childcare in the last 12 months – in this case, 934 people.