You are viewing the archived 2016 ratings for sedans. Go to the current sedans ratings.

In the market for a new set of wheels? Compare the biggest brand names in the industry to find the best sedan for your needs. 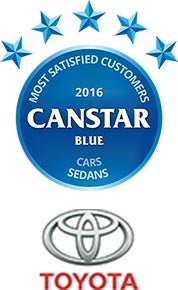 Australia is a great country in which to drive. Not only do we have lots of epic road trips to take, but our major cities tend to have larger roads than a lot of places, particularly Europe. So it’s no surprise that many Australian motorists opt for a larger vehicle, with a more powerful engine to get us around in style. There’s also the bonus of having lots of boot space for all our camping or beach gear.

If a sedan sounds right up your street, you’ll not be short of options. So how do you decide which manufacturer to get behind the wheel with? Buying any type of car is a major financial commitment, so you’ll want to take as much advice as you can get. At Canstar Blue, we like to give you some helpful directions by surveying hundreds of people in your position, to find out what they think about their particular vehicle. Of the major car brands that featured in these results, only Toyota achieved a five-star rating for overall customer satisfaction. It also scored top marks on all aspects of service, as well as driving experience and value for money.

Being the biggest doesn’t automatically make you the best, but Toyota also happens to be the number one selling vehicle manufacturer in Australia right now. Sales figures from November 2015 the Japanese brand sold almost double the number of cars as its nearest rivals, with the Toyota Corolla the biggest selling sedan model, closely followed by the Camry. The Aurion is also proving popular.

Why buy a sedan?

The family-friendly sedan is still popular in Australia, even if sales might have dipped in light of the growing popularity of SUVs. So as the ‘middle of the road’ vehicle, in terms of size, what is driving people to buy a sedan? We found that 24% of owners did so because they have a large family, while 25% told us they upgraded to a sedan from a smaller model and 19% downgraded to save money. So it seems there is still wide appeal for this traditional family staple.

The sedan owners we surveyed spent an average of $31,848 on their new set of wheels – that’s more than $8,000 less than the average spent by owners of SUVs and four-wheel drives, which of course is equally capable of getting your family from A to B in comfort. So what really drives customer satisfaction for Australians when they buy a sedan?

The most obvious difference between these results and those of SUV and 4WD owners is that driving experience, though still important, becomes less of a priority for owners of sedans who are perhaps more concerned about the day to day functionality of their vehicles, rather than the thrill of driving a big, powerful car – hence the focus on reliability.

If you’re sold on the idea of a new sedan for your family, we hope that our star ratings prove helpful at the start of your journey. Click here to find out which brand topped our overall new car satisfaction ratings.

Canstar Blue commissioned Colmar Brunton to survey 9,000 Australian consumers across a range of categories to measure and track customer satisfaction. The outcomes reported are the results from customers within the survey group who have bought a brand new sedan from a dealership in the last three years – in this case, 627 people. 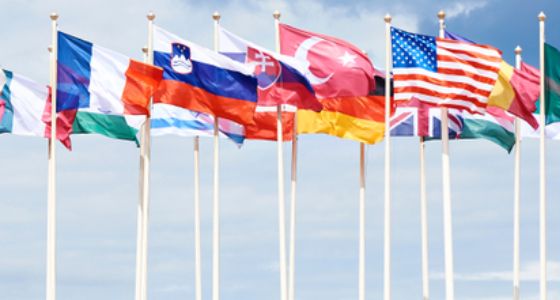 What country does my car come from?

There’s plenty to consider when you’re looking at buying a new set of wheels. There’s the size, safety features, towing capacity, electronics, petrol mileage and enough extras to make your wheels spin. But one area …

Nothing beats that new car feeling. But with plenty of brands, models, engine types and even colours to pick from, it can all feel a bit overwhelming. Yet if you find yourself drawn to a … 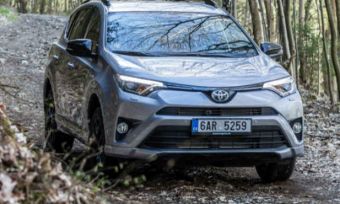 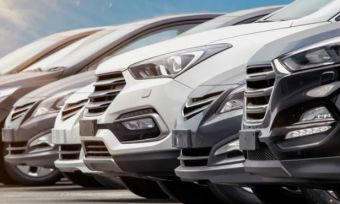 Full speed ahead with end of financial year car sales

A new car is a hefty purchase to make, but when the end of financial year sales roll around, vehicle manufacturers are looking to offload old models to make way for new stock, meaning motorists …