We all need to fill up our cars with fuel, but where can we find the cheapest prices? Compare service stations with our customer satisfaction ratings. 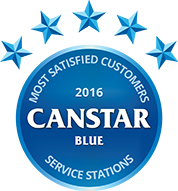 Only Costco members can buy fuel from these service stations, but anyone can become a member for an annual fee. And clearly those customers are happy with what they are getting, rating Costco five stars on fuel price, appearance and overall satisfaction.

Costco customers happiest at the pump

Owning a car gives you the freedom to go wherever you want, whenever you want – provided, of course, that you can afford to fill-up with fuel. Perhaps the most frustrating thing about buying petrol or diesel is that costs are constantly subject to change, and the price you pay can fluctuate from one day to the next. This leaves motorists with a simple question: Where can I find the cheapest fuel?

Our customer satisfaction ratings help answer that question, but they also report which service stations are rated highest for other factors, including appearance, facilities and service. Sure, the price you pay for fuel is of the utmost importance, but you’ll also want a servo that is clean, tidy and makes sure everything works as it should. At the end of the day, you’ll want to get in and out as efficiently as you can, hopefully having got a good deal.

Over the years, our ratings for service stations have produced a consistent result, with United Petroleum ranked number one for both the price of fuel and overall filling-up satisfaction. This time, however, a new entrant has entered the frame and stolen the show. You may have heard of… Costco?

The wholesale retailer now has eight giant stores across Australia, with four of them now featuring fuel stations. Only Costco members can buy fuel from these service stations, but anyone can become a member, at the price of $60 per year. And clearly those customers are happy with what they are getting, rating Costco five stars on fuel price, appearance and overall satisfaction. Costco didn’t rate as highly as other service stations when it comes to service, facilities and items, but that’s the point – Costco is designed to be fairly basic, which allows it to sell cheap fuel. Customers simply pay at the bowser.

The disadvantage of buying fuel from Costco is that – with a limited number of locations – you may need to drive a reasonable distance to fill-up. By that time, you may find any savings you have made have been lost. This is really up to you, the motorist, to decide and will depend on how far you live from the station. If you live nearby, however, you’re in luck. So, how much can you save by buying fuel from Costco?

Can you save money buying fuel from Costco?

When you compare the price of fuel from Costco to an average of other service stations, the answer is certainly yes. Taking a snapshot of prices on a day in June 2016, Canstar Blue crunched the numbers and found that Costco customers can expect to pay 7c less per litre than motorists who fill-up at other nearby stations.

Our research shows that the average Australian motorist spends $123 per month on fuel – which equates to 103 litres, based on average prices. However, buying 103 litres of fuel at Costco would cost less, at $115.59 – a saving of more than $7 per month. That’s certainly a reasonable saving. However, it is negated somewhat by the $60 cost of membership. Taking that into account, motorists could expect to save about $30 on fuel over the course of a year. The table below explains all:

Assumptions based on average monthly spend of $123 / 103 litres of fuel.

Keep in mind that prices change on a daily basis and that servos close to Costco will be trying to compete on costs. You may find the difference is greater several kilometres away from Costco. These figures are also based on average fuel costs, so the more you spend, the more you stand to save. Costco membership also provides access to the retailer’s wholesale stores, which could result in savings on groceries and other products, too.

If you think you’re getting a good price for fuel, it makes sense to always fill-up at the same place. But that might not be the only reason. Our survey found that 41% of motorists always go to the same servo, and their reasons are as follows.

While four out of ten motorists have their reasons for filling-up at the same place, about six out of ten (62%) told us they closely follow the ebb and flow or pricing in order to buy fuel on days when it’s cheapest. In addition, 14% have an app to track prices.

However, there’s no doubt that the cost of fuel continues to hurt many Aussies, with more than half of survey respondents (52%) reporting that even small increases in fuel prices hurts their budget hard, while more than a third (38%) have started using their car less to save money. If the cost of fuel is a concern to you, we hope our customer ratings prove helpful.

Canstar Blue commissioned Colmar Brunton to survey 3,000 Australian consumers across a range of categories to measure and track customer satisfaction. The outcomes reported are the results from customers within the survey group who have refuelled a vehicle at a service station in the last month – in this case, 2,454 people.