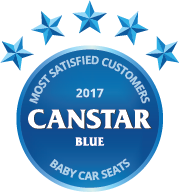 Baby car seats are probably one of the few areas of ‘baby stuff’ where it’s really worth investing in the ‘best’. With that in mind, Canstar Blue sought to offer some guidance on the subject with a survey of hundreds of parents across Australia who have bought and installed a new baby car seat in the last three years. We asked mums and dads to give us their opinions on the baby car seat they use, based on a number of important factors, such as comfort and support, flexibility, durability and warranty. Five leading brands recorded the minimum sample size to be included in the ratings, but only Britax Safe ‘n’ Sound achieved a five-star overall review. It also picked up top marks in every other research category, with the exception of value for money where it got a still creditable four stars.

The remaining four brands – BabyLove, InfaSecure, Maxi-Cosi and Mother’s Choice – all earned four stars overall. However, InfaSecure also performed very well as the only brand to score top marks on value for money, in addition to flexibility and look & style.

The good news overall is that the majority of mums and dads who took part in our 2017 survey are happy with the standard of their baby car seat and clued up on the rules of the road:

It’s encouraging that all five brands in our review earned at least four stars overall. But to help you decide which brand and type of car seat may be best for your little boy or girl, read on for further details.

What type of baby car seat should I get?

The type of baby car seat you should get largely depends on the age and size of your child, with personal preference also coming into play. There are generally three different types of baby car seats – infant car seats, convertible car seats and booster seats. 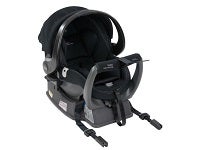 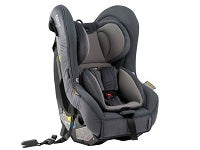 Convertible car seats are generally the most varied type of child car seat and suit a wide range of ages, up to 30 months. Often they come as one whole unit, rather than with a detachable base. They often come with removable covers, making them much easier to wash and clean. Based on the child’s size, these car seats will generally be suitable from birth to 4 years. Some can be rear-facing for up to 30 months. The main downside with convertible seats is that they are not exactly portable, and cannot be used as child carriers. However, given their longevity, they arguably provide the best value for money. 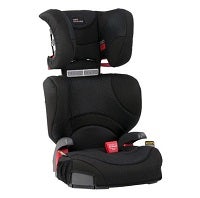 As the last in the lifecycle of baby car seats, booster seats are the last step before your child is capable of sitting in a regular seat. Booster seats are often the most basic in design, and make use of the full-sized seatbelt. Booster seats are forward-facing and are suitable for toddlers and older. Booster seats can also generally take the most weight, with kids up to around 35kg able to sit in them. Child height is critical in this segment, and if your child is tall enough they may even be able to do away with a secondary seat entirely. Generally the recommendation is that a booster seat should be used until children are 8 years of age, with the legal requirement for sitting in a front seat being at least 12 years. The general rule is if the child is less than 145cm, they stay in their booster seat.

Our review includes feedback from parents with all types of car seats. With the average spend of those surveyed being a touch over $273, baby car seats from leading brands evidently aren’t cheap. Britax Safe ‘n’ Sound owners spent an average of $355, which proves that a cheap price isn’t necessarily the most pressing issue when it comes to car seats. So what actually comes in a Britax Safe n Sound baby seat? One word – innovation.

ISOFIX is the name for the international standard of attachment points for children’s car seats. Dubbed ‘LATCH’ in the US and ‘CANFIX’ in Canada, ISOFIX is a standard set of attachment points that will feature in all new cars in Australia. Britax played a big part in developing this alongside vehicle manufacturer Volkswagen.

The first compatible products were released in 1997, and by 2013 the UN stipulated that all new vehicles must have ISOFIX points attached. This development makes it much easier for parents to properly fasten child seats in different cars. With universal attachment points, the aim is for much confusion to be removed and for car seats to be easily fitted in mum and dad’s car, as well as the grandparents’ and so on. So the next time you’re plonking your little one into a baby seat, you’ll know that Britax had a huge hand in developing the restraints that keep your baby safe.

Britax is a popular producer of baby car seats, encapsulating car seats for a range of different life stages, including infant seats, combination/convertible seats and booster seats for the older kids. Britax Safe ‘n’ Sound has a huge range, and boasts several leading technologies to help your baby or infant get from point A to B safely. It also lays claim to providing the only capsule in Australia suitable for low birth weights – or premature babies – without restrictive medical conditions. Britax booster seats can be found for under $100, but seats for younger kids can easily fetch $500+ prices. This cost goes towards rigorous testing and innovation, such as the ISOFIX system mentioned earlier and testing 1 in every 1,000 car seats produced. If your baby seat has been in an accident, Britax will also replace it at no cost via its crash exchange program (T&Cs apply). The company was rated five stars for overall satisfaction and in most other research categories. 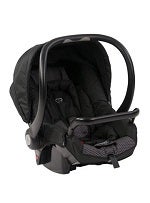 A company also owned by Britax, BabyLove baby car seats have historically been quite popular in Australia, with an expansive range of child seats – from capsules, combination/convertible and booster seats – to select from. BabyLove’s ‘Snap n Go’ capsules are unsurprisingly the most portable baby seats, with safety of your child being paramount. Many capsules can be easily detached from their base for transportation and can also be attached to prams & strollers for ultimate flexibility. BabyLove booster seats can be found for under $80, while combo seats are usually around the $200 mark and capsules and infant seats are nearer $300. BabyLove was a solid performer with four stars for overall satisfaction and in other categories, such as value for money, durability and warranty.

The name might sound more like PC anti-virus software but InfaSecure makes a wide range of infant, toddler and child car seats. It boasts a range of infant carriers with detachable bases, front and rear-facing convertible seats, as well as booster seats. There is also a wide variety of colours on offer, away from your standard grey and black that make InfaSecure seats at least interesting to look at. Many convertible car seats also come with the ‘Twist & Lift’ system, which makes it easy to adjust headrests and harnesses without fiddling too much. Infant carriers can be found for around the $400 mark, while convertible and booster car seats are unsurprisingly cheaper. InfaSecure was rated four stars for overall satisfaction in 2017 but achieved top marks on value for money, flexibility and look & style. 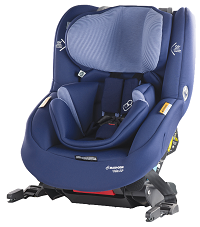 Maxi-Cosi produces a modest range of capsules, convertible car seats and booster seats suited for children across most age brackets, from newborns right through to kids approaching their preteens. The Maxi-Cosi range is shorter than others in the ratings but there is still likely to be something out there for every parent. Arguably the most exciting in the range is its convertible car seats, boasting ‘GCELL’ crash absorbing technology with crumple zones and ‘Air Protect’ for superior side impact protection. Maxi-Cosi’s infant car seats are around the $300-$400 mark, while the convertible car seats often cost nearer $500 in a lot of cases. Maxi-Cosi was rated four stars for overall satisfaction and in most other research categories this year.

Last but not least, Mother’s Choice produces a relatively concise range of child car seats, with convertibles and boosters on offer. There is even a line of AFL-themed booster seats so you can convert your child into a superfan before they can even understand football! Convertible seats can be forward or rear-facing and have multi-position adjustable headrests and forward-facing recline positions for maximum comfort. Products are available at Target, where boosters can be had for under $100, while convertibles start at around the $170 mark. Both Mother’s Choice and Maxi-Cosi are brands owned by Dorel Juvenile Products. Mother’s Choice rated four stars for overall satisfaction and in other categories such as value for money, durability and warranty.

Canstar Blue commissioned Colmar Brunton to survey 3,000 Australian adults across a range of categories to measure and track customer satisfaction. The outcomes reported are the results from customers within the survey group who have bought a new child car seat in the last 3 years – in this case, 849 people.