You are viewing the archived Ice Cream Tubs rating. Follow the link to view the current Ice Cream Tub rating. 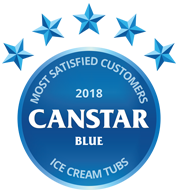 On a scorching hot summer’s day, there’s nothing like an ice cream to cool you down! With non-dairy, gluten and nut free options becoming more widely available, almost no one will miss out on this special treat. But with so many options available, which ice cream brand hits the mark for value and taste?

Each year, Canstar Blue reveals the answers to these hard hitting questions. To find out, we surveyed more than 1,600 consumers who have bought and eaten ice cream in the last three months. There were 11 brands to make it into this year’s rating, but one topped the rest – Golden North.

While price may be a factor in the ice cream tub you buy, it seems that having the right consistency and taste may just outweigh the cost, as well as the variety on offer from a brand.

When asked the other ground-breaking question – what’s your favourite flavour of ice cream? It was vanilla that took top spot, with chocolate coming in second:

About the winner – Golden North 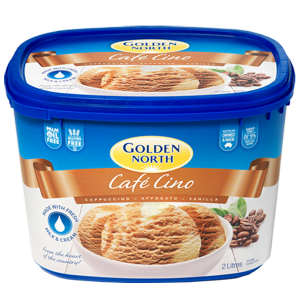 Golden North is proudly South-Australian made and owned, producing ice cream for the past 90 years. Its products are boasted to be 100% Palm Oil Free, with most of its range also being gluten free. Its core ice cream range features boysenberry, café cino, chocolate, cookies & cream, rum & raisin, vanilla, diet plus vanilla, honey and lime flavours.

If you’re after something fun, its Jamface by Poh range has some funky names such as Cherry Springer (cheesecake ice cream) or Fudgy Smuggler (chocolate fudge ice cream), both of which are stated to contain real berries. For a dairy, gluten and nut free option, it offers a coconut sorbet, while its Good ‘N Creamy range is ice cream with a low glycemic index, containing less than 3% fat. The core range is available in 2L, 5L and a whopping 10L tub, while most of the other ice cream tubs are 500ml.

You may also be interested in our ratings for:

And while you’re here, why not check out our customer satisfaction ratings for online grocery shopping websites:

Canstar Blue surveyed 3,000 Australian adults across a range of categories to measure and track customer satisfaction, via ISO 26362 accredited research panels managed by Qualtrics. The outcomes reported are the results from customers within the survey group who have purchased and eaten ice cream (excludes ice cream from an ice cream store or café/restaurant) from a supermarket or grocer within the last three months – in this case, 1,687 people.