Aussie rail passengers demand comfortable journeys and reasonable ticket prices, but above all else they want a reliable train network that gets them from A to B on time.

Canstar Blue surveyed more than 1,600 adults across the country to form its 2015 customer satisfaction ratings for city trains.

It found 62% of respondents regularly experience overcrowding and 45% often put up with delays. 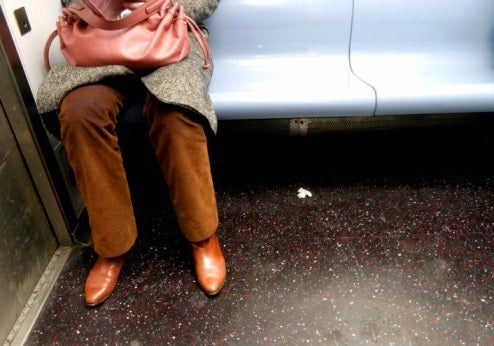 Service reliability (17%) was found to be the biggest driver of overall customer satisfaction, closely followed by ticket price (15%) and journey comfort (13%). Cleanliness (12%), good scheduling (11%) and efficient ticketing systems (11%) were also important to passengers, while safety (5%) was found to be less of a priority for most respondents.

“There are a lot of factors that go into the overall rail service and it only needs one of them to go wrong to leave passengers feeling thoroughly fed up,” said Head of Canstar Blue, Megan Doyle. “Keeping everything on track is a monumental task – and a thankless one.

“I’m sure most people can understand that, from time to time, things will go wrong and they may be delayed or forced to stand on an overcrowded train. But if this becomes the norm, rather than the exception, then they will have good reason to feel aggrieved – particularly if the cost of travel is already a sore point.”

Nationally 49% of passengers said they often witness antisocial behaviour on trains and 89% feel safe travelling during the day. However, that number dropped to 48% who feel safe catching the train at night – a consistent theme across all cities.

The threat of terrorism has made 22% of passengers more nervous about catching the train. Those in Sydney were most likely to feel nervous (26%), while those in Perth and Adelaide (15%) were least likely.

And across the country 75% said they would like to see more security guards or police on the network. Again travellers in Sydney (79%) were most likely, with those in Brisbane (66%) least likely.

Survey respondents were asked to rate their city rail network across a range of criteria, forming Canstar Blue’s customer satisfaction ratings for 2015.

The result means Transperth has achieved Canstar Blue’s Most Satisfied Customers Award for the fourth year in succession.

“The challenge for all cities is to provide a comfortable and reliable service that doesn’t result in excessive costs to passengers,” said Mrs Doyle. “No train network is perfect, but Transperth customers are certainly the most content with their local service.”

Motorists urged to fight back against rising petrol prices