Sydney Trains has seen the most significant improvement in customer ratings of Australia’s major metropolitan rail networks, but passengers continue to be frustrated with the cost of travel and there are concerns over safety on the network at night.

Canstar Blue’s 2016 review of Australian train services has seen Sydney Trains improve on its performance of the previous year in relation to service reliability, trip comfort, timetable/scheduling and cleanliness, going from three to four-star ratings in these research categories.

However, while Sydney Trains has repeated its four-star overall rating from 2015, it once again scored just three stars in regards to ticket price and its ticketing system.

As well as the improvements in customer ratings, Sydney rail passengers are also less likely to report delays or anti-social behaviour on the network than they were 12 months ago, while complaints about overcrowding remain consistent. However, the number of customers who feel safe travelling at night as dropped noticeably, as the following survey results show.

Survey respondents in Sydney who use the rail network to get to and from work every day spend an average of $43 per week. This compares to $46 in Brisbane, $38 in Adelaide, $35 in Melbourne and $33 in Perth.

Just over half of Sydney commuters (55%) say using the train is the most convenient way of getting to work, while 47% also think it is cheaper than driving. About one in three (35%) also admit they have no other choice but to use the trains.

Despite a decrease in the number of customers who report regular delays, Sydney Trains (40%) still trails behind most other cities in this area. Just 15% of rail passengers in Perth say they often experience delays, followed by those in Brisbane (26%) and Adelaide (33%). However, customers of Melbourne’s Metro Trains remain the most likely to report regular delays (53%).

Sydney is typical of other cities when it comes to the number of rail passengers who often experience anti-social behaviour on the network (47%). Customers in Perth (43%) and Brisbane (44%) are least likely to report frequent bad behaviour, while those in Melbourne (50%) and Adelaide (51%) are most likely.

The number of passengers who often experience overcrowding in Sydney has increased slightly to 62%. This is significantly higher than in Adelaide (36%), Brisbane (45%) and Perth (51%), but less than in Melbourne where 70% of survey respondents experience regular overcrowding of trains.

There is little difference between the cities when it comes to feelings of safety, during the day or at night. Brisbane rail passengers are most likely to feel safe during the day (91%), followed by those in Adelaide and Perth (90%), Sydney (89%) and Melbourne (88%).

When it comes to travelling at night, passengers in Sydney (46%) are most likely to say they feel safe, despite the number dropping from 50% in 2015. In Melbourne, Adelaide and Perth the number is 42%, with Brisbane at 43%.

There has been a small increase in the number of Sydney rail passengers who say the threat of terrorism has made them feel more nervous about catching the train, up from 26% to 29%. This is higher than in any other city, with Brisbane and Melbourne at 25%, followed by Adelaide and Perth (18%).

Aside from issues already reported, such as delays and overcrowding, Sydney rail passengers were also asked about their other ‘pet hates’ of traveling on the network.

For more information on this year’s report, or to speak with a Canstar Blue spokesperson, click here for contact details. 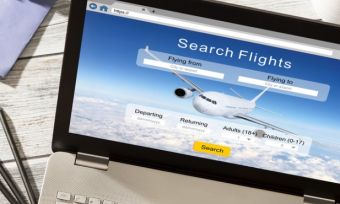