The territory has begun purchasing electricity produced by the Hornsdale Stage 3 wind farm in South Australia, tipping it over the line to offset all electricity used by its residents.

It means the territory is now purchasing and generating enough renewable electricity to make up for what it uses.

But while the ACT does have solar systems and a few small wind farms on its borders, this achievement is best attributed to the renewable energy sources outside of the territory. The territory began purchasing renewable power earlier this year through what’s called ‘reverse-auctions’, where the cheapest bid wins over the most expensive.

I’m pleased today to announce that with the right infrastructure now in place, the ACT is set to deliver on our 100% renewable electricity target. (Thread)

“The Hornsdale 3 wind farm is the last of our 10 large scale renewable energy generators that are spread across the country and are helping to power the ACT on clean energy at low prices,” Mr. Rattenbury said.

“Like so many other Australians, Canberrans are already making the switch to clean energy.

“We’re acting now to deliver a long-term vision for our city so that we make an orderly transition away from an inevitable carbon-restricted future.”

This shift to renewables has helped the ACT reduce its greenhouse gas emissions by approximately 40 per cent, moving at a steady pace towards the territory’s aim of zero net emissions by 2045. 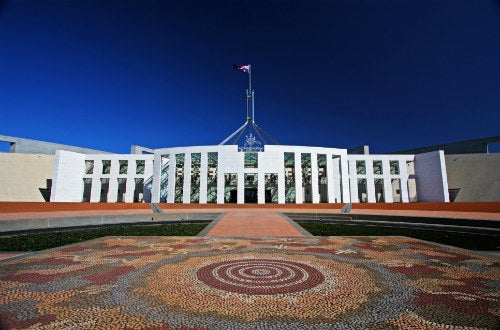 So, what about the other states?

It’s no secret that Tasmania is leading the pack when it comes to renewable power generation, with plentiful wind and hydro power in its portfolio. The state is on target to deliver self-sufficiency in renewables in the next few years, but what about the others?