Australian households are using less water, but we are paying more for it, new figures from the Australian Bureau of Statistics show.

Australian water consumption was 19,000 gigalitres in 2013/14 – down 6 per cent on the previous year. However, the average annual household expenditure on water rose 12 per cent to $584 over the same period.

“In 2013/14 Australian households spent more than $5 billion dollars on water, paying an average of $3.08 per thousand litres,” said Mark Lound from the ABS.

“In contrast, the cost of agricultural water use was just eight cents per thousand litres, but there are often considerable differences in water quality as well as the costs of treatment and supply for kitchen tap water compared to water for irrigation.”

New South Wales and Victoria experienced the highest increases in household water prices, up by 27 per cent and 24 per cent respectively. South Australian householders paid the most in Australia at an average of $4.29 per thousand litres.

As in previous years, the agriculture industry was the largest consumer of water in Australia. But compared to 2012/13, usage was down 8 per cent to just over 11,500 gigalitres.

“Water use in agriculture was most notable in New South Wales, although consumption decreased by around 20 per cent on the previous year, from over 6,000 gigalitres to just under 5,000.

Water consumption in all other industries combined was just over 5,000 gigalitres, which was less than half the amount of the agriculture industry.

Australia’s total water consumption was the equivalent of 38 Sydney harbours. 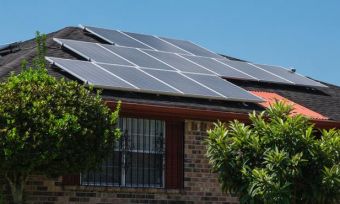 Should you put solar panels on your investment property?