There are two kinds of people, those who blast the air con and heater like they simply can’t do without it, and those whose parents slapped the temperature control remote out of their hands whenever they went to touch it. The fact that you’re here shows you probably sit under the paranoid umbrella, unsure of how much air con or heat you should be using while you sit at home during this social distancing period. We’ve crunched some numbers to help you figure out how much cooling/heating your home could cost you, helping you decide how much you should be using it.

Air con use while social distancing

Queenslanders, Western Australians and Northern Teritorians, we’re sorry for what we’re about to tell you. It’s almost certain that if you’re working from home now and pumping air con through the house as you do so, you’ll receive a bit of a shock come bill time. You mum was right, of all the common household appliances, an air conditioning unit sits up there as one of the most energy draining you could have. But just how much is that?

Realistically speaking, the hotter Aussie states will probably only have a short period of air con demand left. Different parts of Australia may need it for longer/less time, but for the sake of this example, we’ve assumed that the average Aussie may need to use their air con for another two months, at most.

As you can imagine, because a ducted air conditioning system spans multiple rooms, it’ll cost a lot more to run over the space of a few months than a split system air conditioner. That being said, even with a split-system air con, you could be looking at more than $400 on cooling costs alone in the short span of two months.

Ways to save on air con while social distancing 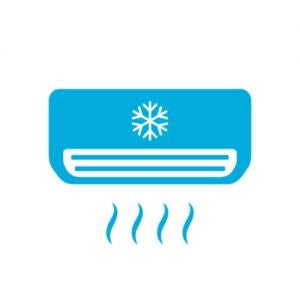 At a time when many may be struggling financially, the absolute last thing you need is a hefty power bill to add to the stress. And while many companies will have policies and support plans in place for those who are experiencing financial hardship, there are a few things you can try to soften the blow in the first place.

Heater use while social distancing

This one goes out to our friends in the southern states. Much like aircon costs Queenslanders thousands of dollars a year, heating costs are burning a hole in Victorian (and surrounding) wallets. If this pandemic lasts the six months it’s predicted to, and it’s cold for at least four months of that, what might you pay just to stay warm?

We’ve taken some of the more popular heaters Aussies are using and have calculated running costs according to how many hours a day it’s in use. Granted, four months of heating may be excessive in some areas of the country, so the following should be taken with a grain of salt.

*Calculations assume electricity usage rate of 30c/kWh and natural gas usage rate of 2.4c/kWh on a single-rate tariff. Heaters used varying hours per day for 120 days. These calculations are indicative only and may not be correct to your situation.

While there are many options to choose from when it comes to your heater, it seems that heating your home all day, every day over the next few months will result in a serious energy bill scare. And while a reverse-cycle air conditioner may deliver the smallest prices on your power bill, you’ll also have to consider value in the context of how much you paid for the system/installation.

How to save on heating costs while social distancing 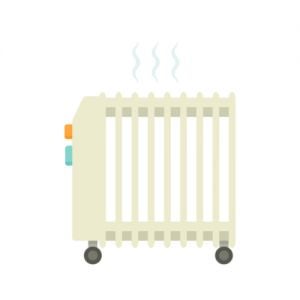 It’s natural to seek comfort in uncertain times, whether that’s by chatting to a close friend or cozying up at home with a cup of tea. Heating is an essential to a lot of Aussie households, so rather than cut it out altogether, we’ve compiled a few ways to manage your next electricity or gas bill.

What if I just can’t afford my power bill?

In this difficult time, some energy companies have published support statements to guide customers that may be experiencing financial hardship. Have a read of those here:

You should also check up to see if you’re eligible for a rebate, as some states have increased the pensioner power bill concession amount in this challenging period. Queenslanders may also receive $200 off their utility bills, while Tasmanians may benefit from energy rates being frozen for 12 months.