The days of excessively high estimated power bills could be over – provided you can take a picture of your meter.

While households with smart meters installed have their energy usage sent to their retailer for accurate billing, those with older meters still rely on a manual reading. As a result, it’s common for energy providers to send their customers estimated bills rather than accurate ones, especially in the case that they sign up for monthly billing.

The end result is that customers can end up receiving widely inaccurate bills. However, this could be about to change thanks to a new proposal announced by Energy Minister Josh Frydenberg. It could even lead to power retailers being fined for sending customers “grossly inaccurate” bills.

The federal government will ask the Australian Energy Market Commission (AEMC) to amend the National Energy Rules so that customers can submit a photograph of their meter data for billing purposes. Some companies already allow customers to submit manual meter readings online or via an app in cases where their meter cannot be read in time for their next bill.

The proposal would extend that opportunity to all energy providers, Mr Frydenberg said.

“The proposed amendments to the National Energy Retail Rules will allow consumers to have their gas or electricity bill based on their own reading of the meter. In cases where a customer receives an estimated bill from their retailer, the proposal will allow them to have it replaced with a more accurate bill based on their reading,” he said.

“The proposal also introduces an obligation on retailers to ensure a bill is not based on an estimate that is grossly inaccurate and asks the AEMC to consider the imposition of penalties for breaches of the estimation rules.”

Exclusive: Energy companies could face fines for sending customers grossly inaccurate bills based on estimates rather than usage https://t.co/2uYNIBsCfN

How can you avoid estimated bills?

While some electricity retailers already allow customers to submit their own meter readings, avoiding estimated bills starts with picking the right energy provider and plan for your specific needs and preferences.

Customers who sign up for monthly billing – as opposed to quarterly – are generally more likely to end up receiving estimated bills given the logistical constraints of having a meter reader visit the property every four weeks.

While it’s crucial to compare energy plans on price, it’s these small details that can make a big difference to your overall satisfaction with your retailer, so be sure to search out the small print and don’t sign up until you’re confident that you know exactly what you’re getting into. 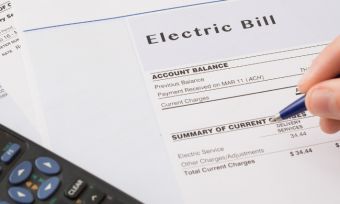