The boss of a major electricity retailer has criticised other power providers for leaving consumers confused and “often financially worse off” because of large conditional discounts.

He said this was the reason that Momentum Energy doesn’t offer any conditional discounts, instead focusing on competitive, transparent pricing.

Writing for Fairfax Media, Mr Geason said: “It sounds illogical, but sometimes a big discount off your energy bill can be a bad thing.

“I’m the boss of an energy retailer that no longer offers discounts, but you don’t need to take my word for it. There is plenty of independent evidence that these discounts are leaving customers confused and often financially worse off.”

Mr Geason pointed to four main problems with energy discounts, which have become an area of focus for industry regulators, the Australian Competition and Consumer Commission (ACCC) and Victoria’s Essential Services Commission (ESC).

“First, there is widespread confusion about what the discount is off. For some retailers, it comes off the whole bill (usage and the daily supply charge), but for others it’s only off the usage component,” he said.

“Second, discounts aren’t applied to the same base rate. Sometimes, the discount is taken from the retailer’s very high ‘standing offer’, which bears little relation to its more competitive market offers. The Thwaites inquiry noted that retailers may be artificially inflating the base rate so they can offer headline discounts of up to 40 per cent.

“The next catch is that many of these ‘discount rates’ come with conditions such as paying on time. The ESC says failure to meet these conditions could cost a typical customer hundreds of dollars a year. And the ACCC is concerned that pay-on-time discounts are becoming a de facto form of late payment penalty – which were banned in Victoria in 2005 and are capped in other jurisdictions.

“Finally, discounts often only last for a set period.”

It’s common for energy providers, including AGL and Origin, to provide big discount plans that only last for 12 months, after which customers will start paying the full price for power unless they negotiate a new deal.

“My company, Momentum Energy, has made a business decision not to offer discounts. Our research shows that customers are confused by marketing that focuses on headline discounts, rather than transparent pricing that lets them understand and effectively compare costs,” said Mr Geason.

“We firmly believe the first step to fair pricing is transparent pricing.

“None of this is to say that discounts can’t be of value. I’d simply urge consumers to check the fine print and make sure that big headline discounts actually transfer into big dollar savings.”

While big discounts are sometimes used by energy retailers to compensate for very high base prices, some large discounts can genuinely lead to the cheapest overall costs to consumers.

Canstar Blue’s electricity database shows that big discount plans currently account for some of the cheapest prices in Victoria, New South Wales and SE Queensland. However, some of the most expensive plans also include large discounts. This is why using comparison websites like Canstar Blue can help consumers find out which plans actually offer the best value.

Momentum Energy is not alone in its stance of not providing conditional discounts. Tango Energy and Energy Locals do not include discounts with their plans, while other retailers including AGL and GloBird Energy have recently launched specific products with no discounts, in addition to other offers that do. 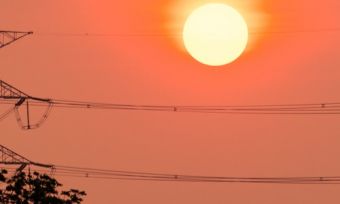