You’ve no doubt heard the rallying calls on television or read about it in the newspapers, but do you really believe that switching energy providers could save you thousands of dollars? You should – because it can. If you’re paying too much for electricity, just one big switch could save you big time. So, how exactly do you go about it? Canstar Blue explains how much one big energy switch could save you, depending on where you live.

How one big energy switch can save you money 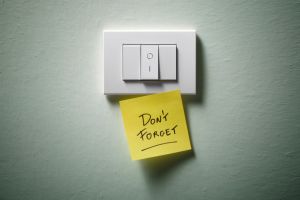 The potential savings available from switching electricity providers is related to how long you’ve been with your existing retailer. The biggest savings will be had by those households that have never switched providers, while those that have switched before – but not for a couple of years – can still expect to save heaps, but perhaps not quite as much.

Ultimately, when it comes to energy there are winners and losers. The winners are those that shop around and are at least willing to switch providers to save money, while the losers are those that don’t. Though it’s not always their fault of course. The first step to becoming a winner is to understand the two types of energy contracts – standard contracts and market contracts.

If you’re not sure what type of contract you’re on, your latest bill may have the answer. If not, give your retailer a call and make sure you know exactly where you stand, because you could be paying too much.

How much could you save with one big energy switch?

Canstar Blue’s electricity database shows that the difference between the most expensive standard electricity contracts and the cheapest market contracts can be as much as $2,500 a year, depending on factors like how much power you use and where you live. This figure is based on a family of five living in central Melbourne. Generally speaking, you can expect the difference between the cheapest and most expensive plans in most deregulated areas to be at least $1,000 a year.

How much could one big energy switch save you in Queensland?

The South East Queensland electricity market was deregulated in 2016, which quickly resulted in an influx of new providers and increased competition when it comes to price. While this has worked out well for many households, it also means the gap between the cheapest and most expensive energy plans is now huge. Based on Canstar Blue’s electricity database, the following table shows much money families of different sizes stand to save with just one big energy switch:

Source: Canstar Blue database May 2018. Prices based on postcode 4064.

As you can see, the bigger the household, the greater the potential savings by making just one big switch. Although these figures represent best and worst case scenarios, it gives you an idea of how much less you could be paying if you’re getting a bad deal right now.

How much could one big energy switch save you in NSW?

Since the lifting of price regulations in 2014, New South Wales has become one of the most competitive energy markets in Australia, meaning potential savings of more than $1,000 for families who make the switch. The downside is that some families are now paying way too much. The table below reveals how much households of varying size could save, based on the latest prices on Canstar Blue’s database.

Source: Canstar Blue database May 2018. Prices based on postcode 2040.

In NSW, the difference between and the cheapest and most expensive energy plans can be huge. It’s worth pointing out that prices can differ significantly across difference parts of Sydney and NSW, so be sure to use our comparison tool for specific quotes for your suburb. But wherever you live, the potential savings are likely to be worth making a switch.

How much could one big energy switch save you in Victoria?

Victorians live and breathe electricity price competition on a daily basis, but so much so that it’s easy to become apathetic to all the big promises. However, it is true that many households stand to save big bucks by switching providers so it’s worth paying attention to those offers and regularly comparing. The table below shows how much families could stand by making one big switch, based on prices from Canstar Blue’s electricity database.

Source: Canstar Blue database May 2018. Prices based on postcode 3122.

The majority of Victorians are familiar with switching energy providers to save, but for those that haven’t made at least one big switch in recent years, now is the time to consider it, with huge potential savings up for grabs. Keep in mind that electricity prices can vary significantly across Melbourne and the rest of Victoria, but the above table provides a high level guide as to how much you could stand to save by switching to a better deal.

How much could one big energy switch save you in South Australia?

All South Australians get a pretty bad deal when it comes to electricity prices, which is why it’s so important to make the best of a bad situation. That likely means making at least one big energy switch to save yourself a bundle, so how much could you save? The following table shows the cheapest and most expensive electricity plans on Canstar Blue’s database.

Source: Canstar Blue database May 2018. Prices based on postcode 5033.

Given the high prices charged by electricity providers in South Australia, it’s hard to ever say you’re getting a ‘good’ deal, but you could still save heaps by making a big switch – almost $1,500 a year, our database shows.

Is it time to make one big energy switch?

Now that you have a good idea of the potential savings up for grabs, it’s worth giving serious thought to giving your energy provider the flick and making one big energy switch to save. It’s important to understand that not all customers stand to save the big bucks – you may already be on a competitive deal and that’s great. However, when it comes to energy, it’s crucial that you compare your options on a regular basis because prices can and do change frequently.

Remember that energy is now a hugely competitive business and the retailers will work hard to get you on board. This gives you some room to negotiate an even better deal than those advertised. If you don’t want to switch providers, you may even find that asking for a better deal with your existing one could bring good savings.

And while prices are naturally important, also consider other factors such as customer service. It’s all well and good having a cheap deal, but if your energy provider is a dud in the service department, you might be left wishing you had signed up to a different one. To help you compare both prices and providers, follow the link below and click on your state.