Origin Energy is said to be “extremely pleased” with the interest shown in its new fixed cost plan that sees households pay the same amount for electricity or gas every billing period, regardless of how much power they actually use.

The ‘Predictable Plan’ gives Origin customers certainty over their energy costs, with a fixed price calculated and agreed between supplier and customer for 12 months, based on previous billing history of at least three months.

Paid monthly or quarterly, the plan was the first of its kind to be launched in Australia and appears to offer consumers a genuinely helpful solution to managing their energy costs, putting an end to ‘bill shock’.

There are pros and cons to be considered, but so far the feedback from customers has been very encouraging, said Gretchen Fox, Group Manager, Marketing and Retail at Origin.

“Customers have long been asking for greater predictability and certainty with their energy bills, so we knew this product would be addressing an important customer need,” she told Canstar Blue.

“We have been extremely pleased with the positive response to Predictable Plan from existing Origin customers and from new customers who are interested in switching. It has really struck a chord with people, particularly those on fixed incomes, and is allowing us to have many great positive conversations with customers.”

Energy plans of the future

The Predictable Plan was announced by Origin in March and was quickly followed by a similar offer from Melbourne-based retailer Sumo Power. Aptly named the ‘All You Can Eat’ plan, it also sees households given a fixed cost to pay for 12 months, but differs slightly in that it must be paid upfront or in two instalments. Households can also switch from another supplier directly onto the All You Can Eat plan as long as they have six months of billing history.

The concern surrounding these plans has been that customers could be slapped with a large settlement figure at the end of their contracts, making up for all the excess power they may have used during the year. However, both Origin and Sumo Power insist this will not be the case, unless households are found to have abused the terms of the agreement, for example by running power lines to other properties.

It seems Australian consumers have become sceptical of energy companies, especially when offers that seem too good to be true come along. But in the case of the Predictable Plan from Origin and the All You Can Eat deal from Sumo Power, it really is a case of what you see is what you get.

“Being first to market with a new product is never easy, but we worked very hard to design a product that would work for customers and deliver on the proposition,” said Ms Fox.

“The key to making this product possible is the extensive data that Origin has available to us, allowing our data and analytics team to confidently predict future energy usage. We’ve tried to break the mould of how energy has been sold to customers traditionally – and present an energy plan that is simple to understand and personalised.”

Origin Energy has been making headlines across the country because of its new fixed cost plan, but it’s not the only new initiative from the company, having also launched a ”freebie” offer to new customers in Victoria and New South Wales whereby households get a month’s energy for free after six months. 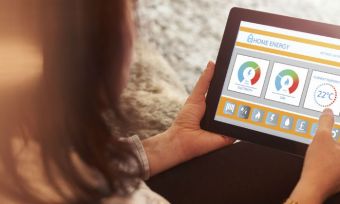 What is a smart electricity meter and how does it work?