Powershop customers in Victoria can expect a modest reduction in electricity prices this year, thanks to the retailer’s recent purchase of three hydro power stations, it says.

Ed McManus, CEO of Powershop and parent company Meridian Energy, also hinted that price reductions could be on the way for customers in Queensland and New South Wales as well.

Mr McManus said the company’s purchase of the three hydro power stations – in addition to the signing of three long-term power purchase agreements with renewable projects in Victoria and NSW – means that Powershop can now purchase power at a cheaper price and pass the savings onto customers.

“The price that we get the energy from these new wind and solar farms is cheaper than the energy we can get from the normal wholesale market day to day,” Mr McManus said. “What that means is we can take the benefits of those lower costs and pass that onto our customers in terms of cheaper rates. That’s great news.

“Secondly, I know it’s boring, but one of the things we do as a retailer is manage our customers’ risk of exposure to high wholesale prices, and we do that today by owning and operating the two wind farms that we have. In the future we can do that more effectively and cheaper because we’ll have access to a diverse set of renewable generation – hydro, wind and solar. So all of that means doing it more effectively and at lower costs, and we’re passing it on in the form of lower rates.”

Powershop announced in February that New Zealand-based parent company Meridian Energy had entered into an agreement to purchase the three hydro power stations from another New Zealand generation company, Trustpower, in a deal worth $168 million. Meridian said at the time that the acquisition would allow it to support Powershop’s growing customer base of more than 100,000.

“Powershop’s steady growth is proof that Australians have a strong desire to support a green energy company,” the company said. “Our business model has always been based on having a balanced portfolio of generation and retail. Powershop’s growth has created the need for us to make this move in the market. As Powershop continues to grow, we will invest in more renewable energy generation.”

Powershop Australia – which allows customers to pre-purchase power packs at reduced rates – is the only electricity retailer to be certified as 100% carbon neutral by the Australian government. It has also been ranked as the greenest power company in Australia by Greenpeace for two years running.

Mr McManus said the price drop will save customers an average of around 5%, or $70 a year. Powershop had previously raised prices in Victoria in December last year.

“All of that is thanks to renewable energy and of course sits on top of the great savings you already get by being a Powershop customer,” he said.

“New South Wales and Queensland have a price change in the middle of this year and so that coincides with the time that we’ll start to get energy from the new wind farm, so we’ll be taking that into account of course at that time. It’s all part of our mission to prove that renewable energy can lead to lower prices for consumers.”

Today a price drop for all our customers in VIC thanks to our investments in renewable energy. NSW/QLD stay tuned. Got Qs, go here: https://t.co/H75pUXAGx4??

Have any other retailers dropped prices?

Powershop is not the only energy retailer to have cut prices in recent weeks. In Victoria alone, Momentum Energy and Alinta Energy have also reduced costs for their customers, while Click Energy has introduced a new product that is noticeably cheaper than its previous offers. However, in this case, customers will need to contact Click and ask to be switched onto the new deal.

AGL has also launched two new plans in Victoria – one a fixed rate deal with usage and supply charges locked in for two years, and the other a prepaid plan where customers are rewarded with bonus credit depending on how much they spend in advance.

Electricity prices have also come down in Queensland where Alinta Energy, Red Energy and QEnergy have recently made life a little easier for customers by either lowering rates or increasing conditional discounts.

However, not all energy retailers have cut prices in recent times, so it’s still hugely important to shop around and ensure you’re getting a fair deal. 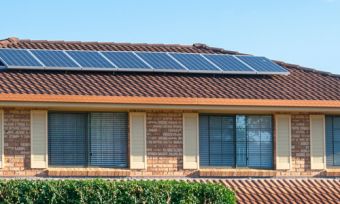 A comparison of solar feed-in tariffs by state