There could be some welcome relief for energy bill-payers in the near future, with a new report predicting a drop in wholesale power costs that will see households paying less.

The Australian Energy Market Commission (AEMC) has published a report that predicts power prices will fall in most states in the next three years – thanks largely to more renewable energy generation assets coming online.

By 2022, this government body, which sets and amends the rules for the National Electricity Market, has predicted price drops of up to 20% in some areas. On average, customers would save $97 (or 7.1%) on their electricity bills.

AEMC Chairman, John Pierce, has estimated an extra 5,000MW of new supply to the grid will be a key factor in driving down power costs.

He said: “More supply puts downward pressure on prices. But it’s important to note that over a decade of analysis we have seen trends change sharply in response to factors such as sudden generator closures and implementation of new policies.

“As such, all price projections should be seen as just that, projections.”

From FY19 to FY22, the report has predicted the following savings across states:

The report forecasts that South-East Queensland electricity prices could fall by around 20%, which means an average customer will pay around $278 less by June 2022.

The AEMC does, however, point out that price trends will affect each household differently, as factors such as the amount of energy used and the plan a customer is on will also play a large role in forecasted savings.

Canstar Blue Editor-in-Chief, Simon Downes, reminds consumers that savings could be had by well ahead of 2022 by simply shopping around for a competitive deal.

“Whilst the power price cuts are in places substantial, even the largest savings predicted by the Commission are less than the difference between the cheapest and most expensive electricity plan in SE Queensland right now.

“Don’t just wait three years for your energy bill to potentially drop when you could see savings in as early as a few months’ time.” 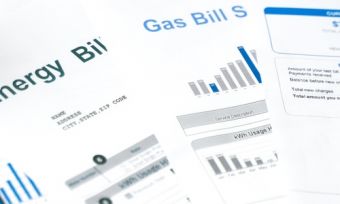