The Australian Competition and Consumer Commission (ACCC) has issued a final approval for a group of South Australian businesses to bulk buy electricity with the aim of reducing costs and supporting the local economy.

The group, led by the South Australian Chamber of Mines & Energy, is made up of 27 local businesses, including IGA Distribution (SA) Pty Ltd, Thomas Foods International, the University of South Australia and several major mining companies.

The group has been authorised to jointly tender electricity supply for the next 11 years, in a move aimed at helping businesses secure better deals on electricity as prices continue to soar. Together, the group’s total load of 269 MW accounts for around 16 per cent of electricity demand in South Australia.

With wholesale energy prices continuing to rise, there have been fears that businesses would be forced to leave the state.

“This joint tender has the potential to change wholesale market dynamics by allowing generators to use existing plants more efficiently, or encouraging new entrants into South Australian electricity generation. This could bring the benefits of increased competition in the wholesale market for electricity,” ACCC chairman Rod Sims said.

The ACCC said it believes this group will not detriment the public as it only accounts for a small proportion of the total market. It is hoped that electricity purchasing groups can help dilute the high levels of concentration on the supply side of the electricity market in South Australia by combining demand and increasing participant bargaining power in the retail supply of energy contracts.

There is no word yet as to whether other businesses are expected to follow suit. 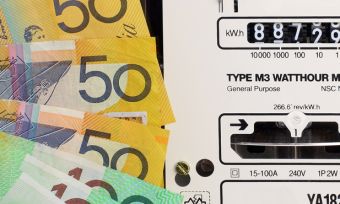