Fixed cost electricity contracts look set to become commonplace in Australia after a second energy retailer announced a plan that sees households pay the same amount every billing period, regardless of how much power they actually use.

Sumo Power, which launched in Victoria in 2015, is offering its fixed cost plan to new and existing customers, provided they can supply six months of previous billing history.

The Melbourne-based retailer will assess their energy consumption and calculate a fixed cost amount to be paid upfront or in two instalments, taking away the unpredictable nature of electricity bills and the dreaded ‘bill shock’ that occurs after a period of greater energy use. Or sometimes just out of nowhere!

Sumo Power calls it the “All You Can Eat” electricity plan.

The fixed cost will remain the same, no matter how much energy the household uses. At the end of the 12 months, the customer can simply walk away from their contract, or agree terms for the next year.

Sumo Power says the annual cost will differ from household to household, and a range of factors will be taken into account, including:

The new plan from Sumo Power comes a couple of months after energy giant Origin announced its new ‘Predictable Plan’ that also sees customers agree a set price for 12 months. 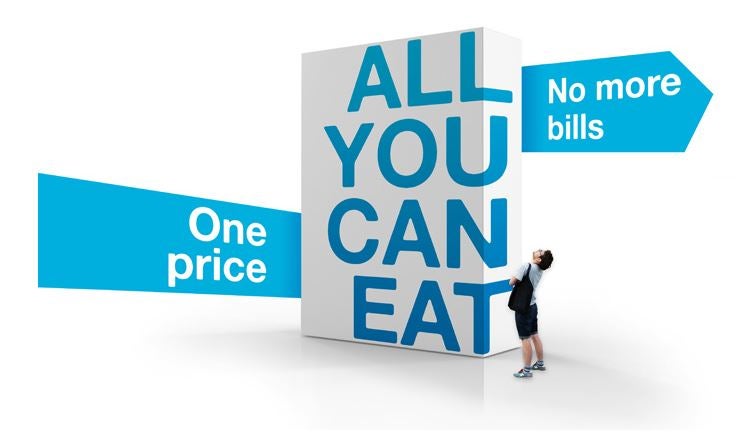 Both the Sumo and Origin plans seem to represent a shifting approach to energy payments from the retailers, recognising that consumers are fed-up with the unpredictable and often bewildering nature of fluctuating bills.

The best thing about these fixed cost energy plans – aside from the no lock-in contract terms – is that they are actually easy to understand and allow for more accurate household budgeting.

A review of electricity plans and prices across Victoria by Canstar Blue found energy discounts of up to 35% being offered, with seven out of nine providers compared giving discounts of 28% or more. While these discounts are vital in bringing down overall costs, they can appear confusing and make it more challenging to compare real costs. There is also scepticism of energy discounts as consumers are wary of their genuine value.

Fortunately these fixed cost energy plans are easy to understand. The challenge has now been set for other energy retailers to show their hand.