Green is the new black in the not-so-fashionable world of energy retailing. Most energy companies would like to be seen as environmentally friendly, but few genuinely are. So how can you tell which companies will help customers reduce their carbon footprint? Most energy providers would like to be seen as ‘green’ but which are really worthy of calling themselves such?

Which energy companies are greenest?

Powershop and Diamond Energy both scored five stars in the Green Electricity Guide, making them Australia’s greenest energy companies for the third time in a row. They also, therefore, lead the way in the states in which they operate. At the bottom of the list was 1st Energy with a one star rating. Other companies that didn’t perform well in the Green Electricity Guide include CovaU, Sumo Power, People Energy and GloBird Energy.

You can compare plans from these providers – and many more – with our electricity comparison tool:

Powershop received five stars and a near perfect score of 9.7 out of 10 in the latest Green Electricity Guide. This is an improvement of its previous score of 8.6 out of 10, which was still enough to top the previous green electricity guide rankings. Powershop only owns renewable energy assets, namely Mt Millar Wind Farm in South Australia and Mt Mercer Wind farm in Victoria. Powershop also has a strong public position against fossil fuels and does not contract to buy energy direct from fossil fuel stations.

Powershop offsets emissions by its customers through investment in renewables, making it a 100% carbon neutral electricity retailer. It also helps support demand response and local energy trading and community energy projects through the ‘Your Community Energy’ program. The Green Electricity Guide says Powershop’s only shortfall is that its prices for GreenPower are slightly higher on average.

Here are the Powershop plans on our database for NSW. These costs are based on the Ausgrid network in Sydney but prices will vary depending on your circumstances. Plans are listed in order of lowest price first. See here for further information on the Reference Price, which in this comparison assumes general energy usage of 3900kWh/year for a residential customer on a single rate tariff, meaning that the Reference Price is $1,467/year. Use our comparison tool for a specific comparison. These are products from a referral partner†. Our database may not cover all deals in your area, and please check retailer websites for up to date information.

Diamond Energy also received five stars in the latest Green Electricity Guide, with a score of 9.1 out of 10, again improving on its previous score of 8.5 out of 10. Diamond Energy owns biogas power plants and thousands of rooftop solar installations. It also offers a unique solar product called GridCredits100, which gives eligible solar customers up to 100c/kWh for energy they export to the grid at high energy demand periods. Diamond Energy is also publicly opposed to the investing in and trading of fossil fuel energies.

Diamond Energy was commended for supporting local energy trading and was one of the first retailers to offer a feed-in tariff for electricity exported from batteries. The Green Electricity Guide was critical of Diamond Energy for not offering alternative carbon offset programs and not being involved in demand management.

Australia’s largest three energy retailers – Origin Energy, EnergyAustralia and AGL – hold a combined market share of over 70%. They’re labelled ‘the dirty three’ because they each have investments in coal generation and coal seam gas projects, consequently making them some of Australia’s biggest polluters. Although each of these companies has also invested millions of dollars into renewable energy projects, some believe that these companies could be doing more.

With that said, these companies scored quite reasonably in the latest Green Electricity Guide, with AGL getting a particular mention as the most improved retailer this year.

AGL came in fifth place in this year’s Green Electricity Guide. It received 3.5 stars and a score of 7 out of 10. This is a massive improvement on its previous ninth place ranking and 5.1 out of 10. AGL claims to be the largest ASX-listed owner, operator and developer of renewable energy generation in Australia, but it is also Australia’s largest fossil fuel generator. That said, the Green Electricity Guide commended AGL for its recent additional investment in wind and solar farms and its commitment to close all its coal-fired generation plants by 2050 – including the controversial Liddell coal power station. AGL has also supported virtual power plant trials and is involved in developing solar and battery storage technologies.

Origin Energy ranked just below AGL with an overall score of 6.8 out of 10. Origin is another major investor in both renewable energy and fossil fuels. While the Green Electricity Guide criticised its public support for mining and coal seam gas generation, Origin was commended for its support of local energy P2P trading, its range of solar products and its feed-in tariffs, and its comprehensive energy efficiency information. Origin has also committed to producing one-quarter of its generation through renewable energy sources by 2020 and exiting coal investment by 2050.

EnergyAustralia trails its rivals, Origin and AGL, with a mediocre score of 5.7 out of 10 in the Green Electricity Guide. Like the other big energy companies, EnergyAustralia has extensively invested in high emissions coal power stations, however, the guide claims the retailer has no clear opposition to fossil fuels or plans to divest in the future. The company did receive some credit for offering above-average feed-in tariffs and additional carbon offset programs. It also provides energy efficiency information on its website and takes part in demand management programs.

The total score for each retailer in the Green Electricity Guide was determined by the scores given to the retailers for each individual criteria listed at the start of this article. The following table shows their final overall rankings:

Some of the 31 retailers in the list above do not operate in every state. Due to this, we have broken the above list down by each state to show the greenest energy companies available in your area.

How dirty are we?

If there is one thing to take away from the 2018 Green Electricity Guide, it’s that energy retailers are making progress, but there is still plenty of work left to be done. While energy companies continue to get behind renewable energy, as it stands, we are still heavily dependent on dirty coal power.

At least two of the ‘dirty three’ energy companies have committed to a coal-free future, hopefully setting the example for other energy companies. AGL in particular has shot up in the green electricity guide rankings so much so that it is now considered the second and third greenest energy company in South Australia and Victoria respectively.

If you want to get behind renewables, consider installing solar panels or a storage battery. You can also use the above list to help find a progressive retailer that cares about protecting the environment. But before you switch, be sure to check out our customer satisfaction ratings via the link below. 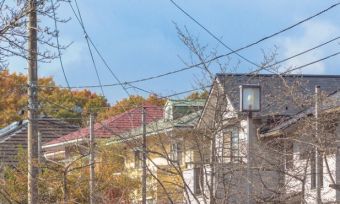 Is this the end of estimated power bills?

^^What is the Reference Price?

*ACT: Costs based on annual household usage of 5499kWh/year on the EvoEnergy network in Canberra, January 2020. For more information on annual cost calculations please click here.