Most, if not all parents know that you should put your baby wipes in the bin, and never flush them down the toilet. But why is this?

Baby wipes, and the more expensive versions that are marketed for adults, are solids. Like any solids, they should be disposed of with other solid rubbish and be taken to landfill. 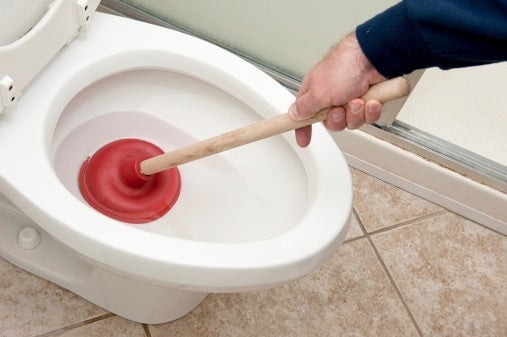 They may be labelled flushable, but that does not mean that they are good for your plumbing, or your city’s plumbing. Wipes do have the potential to clog your drain, or cause blockages in the sewer system down the track.

This is because the wipes do not break down in water like toilet paper does. To make it through the drains without causing a blockage, toilet paper breaks down into small pieces after about 20 seconds in the water, but baby wipes (and adult wipes) don’t break down for a number of years.

It is because of this long breakdown time that baby wipes need to go to landfill with their accompanying nappies. The only things that should be going down your drains are human waste and toilet paper.

Flushing wet wipes and other sanitary items that aren’t supposed to be flushed can cause massive problems for sewer systems. Take the London Fatbergs for example.

To bring everyone up to speed, a “fatberg” is a congealed lump of sanitary items, fat, and wet wipes that do not break down, and thus accumulate. The term was coined by the authorities at Thames Water in London, after they have had to deal with a huge number of fatbergs over recent years.

There have been many notable cases over the years, as well as a great deal of smaller fatberg problems. The first large fatberg was discovered in August 2013, and was roughly the size of a bus; it consisted of food fat and wet wipes.

On September 1, 2014, another fatberg as big as a Boeing 747 plane was discovered and cleared. This one was made of waste fat, wet wipes, food, sanitary items, tennis balls, and wooden planks. Days later, Melbourne sewers were blocked by a large fatberg.

Most recently, a 40 meter long fatberg was removed from underneath the city of Chelsea back in April. The damage bill was £400,000, and it took two months to make all of the repairs.

These cases highlight the importance of properly disposing of your baby wipes, and your rubbish in general. No one wants these kinds of things to happen, because not only are these fatbergs disgusting, they cause a lot of damage. It costs governments a lot of money to clean up these fatbergs, which are caused by people who need to be more responsible in their waste disposal.