Apex Legends is a free-to-play battle royale shooter game developed by Respawn Entertainment and released by Electronic Arts (EA) in early February 2019. When released, Apex Legends sent shock waves into the gaming community with it only taking three days to reach over 10 million players, something which took Fortnite over two weeks to accomplish. With Apex offering the largest battle-royale map since Fortnite with features also including customisable legends, weaponry and more, other free-to-play royale shooters are making way for a possible new kingpin, writes Tom Doyle.

With Apex Legends now boasting more than 30 million players and counting, no one was expecting the landslide popularity it has garnered in such a short space of time. The map in Apex is set in the same universe as Titanfall, a first-person shooter game released by both Respawn and EA in 2014. Watch below for the official gameplay trailer!

What can you do with the legends?

Each legend has three unique abilities which helps you throughout your combat in the game. These are passive, tactical and ultimate. The legends on offer include Bloodhound, Gibraltar, Lifeline, Pathfinder, Wraith, Bangalore and two others available for purchase on the store, with fans awaiting more legends to be released in the future. The legend you choose can dramatically change your battle plan and style, as players are encouraged to pick legends that suits them the best and work on upgrading their features.

Legends are highly customisable in the game, as you can unlock over 40 different skins for each player! There are a variety of banners for each legend, as you can choose and purchase over 15 frames and 10 poses to distinguish yourself in the fight for an Apex Legends win. Badges are another interchangeable item available for each legend, as are also the three trackers that you can check to catch up on your performance and statistics with every legend you’ve played with.

Every legend has unique finishers and quips as well, as this goes to enhance the playing experience even more with an abundance of diverse items being available for purchase by either grinding the game and obtaining crafting metals and legend tokens or purchasing Apex Coins via micro-transactions. Watch below for the official cinematic launch trailer for Apex Legends and see some of the legend’s abilities!

Play in parties with up to three players, as you take on other squads in a fight to get the Apex Legends win. The kill leader in your game is shown before every match, as this gives the game a cool aspect of showcasing the best players in your round as they are nobly awarded for their efforts. Apex is similar to other battle royale shooters in terms of circle shrinkage and picking up weapons, as it is easy to become familiar with the game once you get the hang of the legend’s distinct abilities.

Playing games gives you heaps of XP from reviving allies, kills, playing with friends, championship slayer bonuses and more. Levelling up can reward you with packs, tokens, weapon skins and other loot as it proves to be a satisfying and long-term gaming experience for players without having to be forced to purchase micro-transactions.

The Armory is accessible from the lobby interface as there are over 18 weapons to choose, ranging from pistols and sub machine guns to sniper and assault rifles. Similar to the legend skins there are over 40 unlockable skins for each weapon. Apex packs are also a feature in Apex Legends which can help you with building up your weapon skins, legend badges, poses and much more, as they reassuringly guarantee at least one legendary item every 30 packs and no duplicate cosmetics. 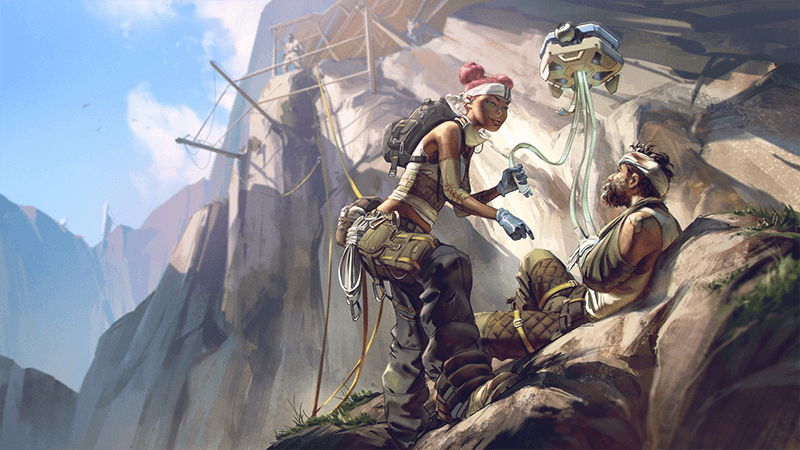 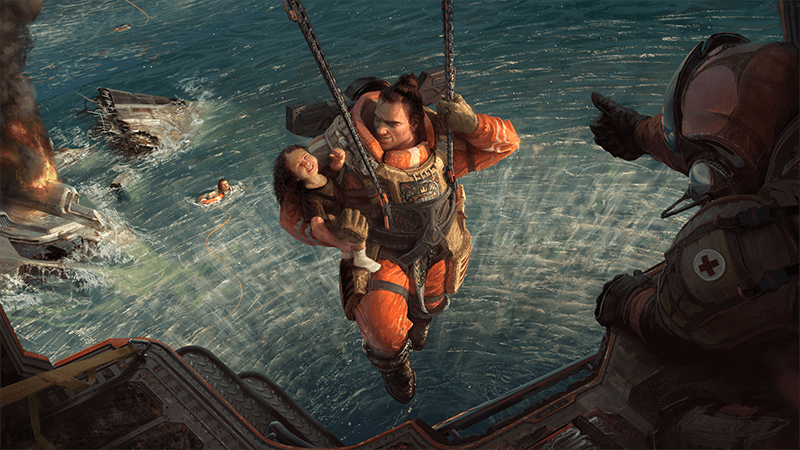 Apex Legends is a fresh perspective on the battle royale genre and provides players with a refined experience as it takes influences and learns mistakes from previous popular battle royale games. It’s without a doubt worth it considering the $0 price tag and easiness to play the game without micro-transactions, Apex Legends is out now on all participating online platforms. 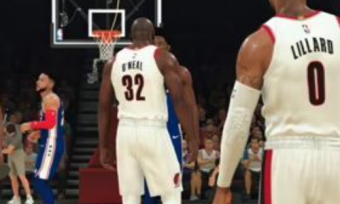