With Assassin’s Creed Valhalla slated for release on November 17, get ready to jump back into the beloved Creed series and immerse yourself in a whole new adventure! Play as Eivor, a fearless Viking warrior leading your clan to new horizons and riches on the English shores. Experience everyday life in a Viking settlement, including the fishing, hunting and drinking games, with resources brought back from raids allowing you to expand your settlement, giving you plenty of customisation options and distractions in a large open-world. But with plenty to look forward to, how will Valhalla stack up against previous Assassin’s Creed titles? We look at what you can expect in this Canstar Blue article.

Fighting and combat mechanics in Assassin’s Creed Valhalla are more visceral and engaging than ever before, with improved motions and new powerful weapons to provide enhanced, dynamic gameplay as you battle and raid your way through the farmlands of England. Ubisoft have evidently made this entry with RPG in mind as you can build your character’s uniqueness in both combat strategy and battle, giving players the chance to change play styles with a number of new and diverse combat moves and sequences, allowing you to really make the character your own.

Assassin’s Creed Valhalla looks to also introduce a wider range of enemies, putting greater emphasis on which skills you upgrade for your character. Ubisoft looks to also refine and improve the combat mechanics, both on land and on the high seas, allowing you to feel the rush of blood with every encounter. 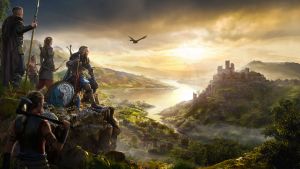 Similar to Odyssey, Assassin’s Creed Valhalla will once again let you roam around the beautiful and dynamic open world, although Valhalla comes with a few differences. Unlike its predecessor, Valhalla will allow players to choose Eivor’s gender and skill tree, with it having little to no impact on the main narrative – so no FOMO! And while the main story will take up a good chunk of your time, in true Assassin’s Creed style, they’ll be plenty of side quests for you to undertake, with Ubisoft awarding curiosity and players who explore their surroundings.

There will be decisions throughout the game that will have an impact on the future of your character, as choices surrounding political alliances, combat strategy, dialogue and more will ensure no story is the same as another. This not only adds accountability for your actions, but also gives you more reasons to play it through again and again. Valhalla’s skill tree is slightly different than Odyssey, as instead of Hunter, Assassin and Warrior, the classes are referred to as Raven, Wolf and Bear, with these categories said to be more spread out than the stricter skillsets seen in past titles. While some of the skills are being kept secret, we can expect them to allow players to find something that suits their playing styles and preferences.

Will Assassin’s Creed Valhalla be worth it?

The potential of Assassin’s Creed Valhalla looks to be very promising as the title embodies spectacular, enriching gameplay with improved combat styles and RPG mechanics to give players full freedom to play how they want. Pre-orders are currently available at select retailers, with Valhalla looking to set sail on November 17. 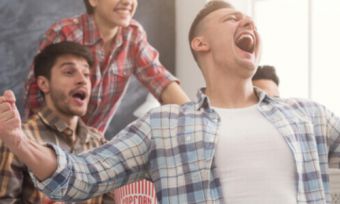