As the only virtual reality headset available on game consoles, Sony’s PSVR has quickly become the best-selling VR headset to date with over 5 million units sold. With over 100 million PlayStation 4 consoles out in the wild and PSVR headsets deeply discounted to as low as $250 on a regular basis, that shouldn’t come as a surprise.

Despite being technically inferior to the PC-based VR headsets such as HTC Vive and Oculus Rift S, PSVR boasts a bubbling library of VR titles including some stellar exclusives.

Here are 10 of our favourite PlayStation VR games, seven of which are exclusive to PSVR:

Many people assumed that 3D platformers wouldn’t work in VR. Astro Bot more than proved them wrong and broke new ground for the age-old genre in the process. You take control of Astro the captain Bot and go on an epic rescue mission to save your fellow Bots who are dispersed all over space in the form of 26 charming levels that manages to surprise and delight at almost every turn. But what makes this game so special is the bond you’ll form with Astro on this adventure, breaking down the barrier between player and character in ways not yet seen in gaming. Don’t miss it.

Blood & Truth is a high-octane ride through a cinematic story filled with all of the explosive action and drama of a Hollywood blockbuster.  Every level in Blood & Truth has new types of interactions and mechanics to explore, making the virtual world feel that much more real and tangible. Blood & Truth also happens to be one of the most polished and immersive shooters yet seen on any VR headset, let alone PSVR, while allowing you to be the action movie star you’ve always wanted to be.

Ghost Giant is a charming puzzle adventure game where you are the protector of a lonely little boy invisible to everyone but him as you explore and use your size to help him through different chores and tasks in an adorable papercraft world. The game uses the sense of scale in engaging ways that you bring you closer to the world and the characters around you. It’s a moving adventure that will delight both young and older gamers alike.

The seventh main installment in Capcom’s beloved survival horror franchise took the series in a bold new direction with a whole new storyline, setting and cast of characters in addition to shifting the camera perspective from third person to first-person. The result is one of the most gripping games of this generation that is at its most terrifying in VR. Slapping on a VR headset transforms the experience from watching a video game protagonist to you truly becoming the character, as you explore a creepy old mansion in search of your missing wife.

A word of warning: this is not for the faint of heart, and if you’re not a fan of jump scares then we’d suggest that you steer well clear of this one. Those with strong stomachs, however, should check this one out right away. The VR version is a free update to anyone who owns Resident Evil 7 on PlayStation 4 which is a nice touch and remains exclusive to PSVR.

If you’re looking for the best online multiplayer shooter in VR, then look no further than Firewall: Zero Hour. With a focus on asymmetrical 4v4 matchups between attacking and defending mercenaries, Firewall feels a lot like the stellar Rainbow Six Siege with less walls exploding and more feeling like you’re actually right there. Although a tactical shooter at its core that rewards teamwork and methodical strategy, more casual players can still jump right in and have a blast after a few rounds. The game is best experienced with the PSVR Aim controller accessory (sold separately).

SuperHyperCube is, in essence, the virtual reality version of Tetris. Easy to play but difficult to put down, this is a VR game that will keep you coming back for more.

Tetris Effect takes the classic puzzle game that you know and love and marries it with musically infused visuals that make it unlike anything that has come before it. The core game of Tetris remains unchanged, but the additional layers of animations, characters and music makes it a real treat for the senses as you go about stacking blocks and clearing rows. A triumph in game design and easily the best version of Tetris ever made.

The Persistence essentially combines the sci-fi horror of the fantastic Dead Space series with a roguelike element that causes the ship’s layout to change constantly to keep you coming back for more. Although a single player game at its core, the multiplayer is also highly entertaining, making it one of the most long-lasting VR experiences to date.

Until Dawn: Rush of Blood

Until Dawn: Rush of Blood is an on-rails shooter that has you dual-wielding guns while riding in a rundown coaster through a creepy, dilapidated old carnival setting. The game does a great job of slowly introducing you to its mechanics through this format while delivering on pulse pounding scares throughout its three-hour campaign.

The studio behind the Wipeout series may be no more, but their work lives on through the Wipeout: Omega Collection. The game brings back the memorable vehicles and tracks from previous entries in the series and into the modern era with updated visuals that seem tailor made for VR. Whizzing around tracks at blistering speeds with the iconic music playing in the background while letting machine gun fire rattle out in front of you is truly exhilarating in VR. A must-have for fans of Sony’s futuristic racing franchise and newcomers alike. 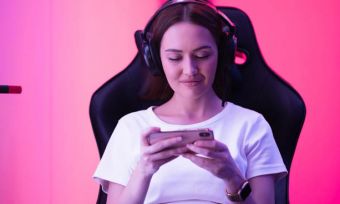