Retro gaming is in, and it’s easy to see why. There was something special about the 80s and 90s era of gaming that spawned so many classics. Whether it was the gorgeous handcrafted sprites, responsive gameplay, catchy chiptunes or even the instruction manual, games of that era have a timeless quality that holds up even today, writes Krishan Sharma.

Up until recently, it was difficult to revisit the classics on original hardware, as modern televisions lack the analog video connections that the consoles of yesteryear relied on. Thankfully most of the big name console manufacturers have released retro consoles that look and feel like the original, complete with a library of titles built-in so you can simply hook up to a modern television via a HDMI cable and get playing.

However, not all retro consoles deliver the best experience. Be it the hardware itself or the quality of the software emulation, some retro consoles do a better job of capturing the good ol’ days than others. Regardless of whether you’re looking to rekindle your childhood memories or educate yourself about the history of gaming, these are the retro consoles that should be on your shopping list. 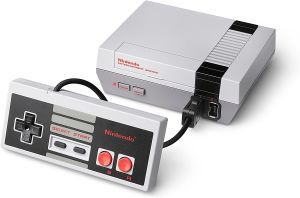 Nintendo kicked off the mini retro console trend with the release of the NES Classic Mini, and it still stands as the best way to experience the 8-bit essentials with excellent emulation, crisp 720p resolution and fluid 60Hz output. As the name suggests, the console looks exactly like the original NES (minus the working cartridge slot) but in miniature form.

The list of 30 games is well curated and slickly presented, with all of the classics, like Super Mario Bros, The Legend of Zelda, Metroid and Excitebike, accounted for. Modern amenities such as the ability to save your game at any point are also onboard. While Nintendo doesn’t offer any way of adding more titles to the console – at least officially – it’s easy enough to do yourself.

The only downside is that the included NES wired controllers are very short so you’re going to have to crowd around the television to play, and Nintendo only includes one NES controller in the box (extra controllers are sold separately). 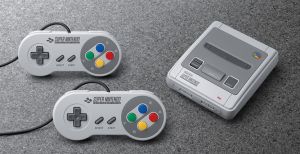 Nintendo followed up the NES Classic Mini with the SNES, perfecting the nostalgia fueled formula in the process. The hardware, right down to the controllers, is faithful to the original and although the number of titles included is less in number than what was offered with the NES Classic, these are games that defined the 16-bit generation and changed the gaming industry forever.

Nintendo also surprised everyone by including an unreleased high-profile game in the package – Starfox 2. What’s more, the system is littered with fun easter eggs that make exploring the included library a game in itself.

The emulation is once again top notch, with classics like The Legend of Zelda: A Link to the Past, Super Mario World, Donkey Kong Country and Super Punch-Out just as engaging to play as they were in their heyday. Nintendo also includes two controllers in the box, allowing for immediate two player action with included titles like Mario Kart and Street Fighter II Turbo.

Nintendo added a host of quality of life improvements, with the most notable being the rewind feature, which means you might be able to finally beat notoriously difficult games like Contra III and Super Ghouls ‘n Ghosts this time around. 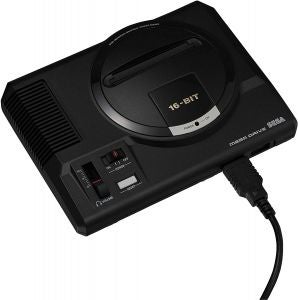 In the 90s you were either a Nintendo kid or Sega kid. If you fall in the Sega camp, then the Mega Drive Mini is the retro console you’ve been waiting for. Not to be confused with the abysmal compilation systems that were released by third party companies before it, the Mega Drive Mini captures everything that made Sega’s original 16-bit black machine such a treasured console for so many. It’s also the first console made by Sega in almost 20 years, making this particular retro console extra special for fans.

It comes preloaded with 42 games, including classics like Sonic the Hedgehog, Shinobi, Streets of Rage, Golden Axe and Gunstar Heroes, as well as a couple of rare titles that never made it to our shores. The games have never looked or sounded better, and there’s extra display options thrown in for good measure, such as the ability to add scanlines to replicate the feeling of playing on a CRT television. Another cool feature is that changing the language in the settings lets you play the games as they appeared in other countries, complete with the localised box art in the menu. This is a nice feature, as there were a surprising number of games released in the west that had either sections censored or the difficulty altered when compared to the original Japanese versions.

One glaring oversight is if you want a six button controller, you’ll have to either order a Japanese Mega Drive Mini or buy one separately, as Sega only includes three button controllers in the Australian package.

Unlike the other retro consoles on the list, the Capcom Home Arcade is designed to replicate the feeling of your favourite ’90s coin-op arcade machine found inside almost every shopping centre and fish and chips shop back in the day.

At a street price of $300, the Capcom Home Arcade is the most expensive retro machine on the list, but the price is justified when you consider the arcade level components used inside, which include Sanwa sticks and buttons for two players to really drive home the arcade experience. The authentic arcade pieces means you get that satisfying clicky tactile feel with every button press and joystick movement, with just the right amount of travel and responsiveness while also being built to last.

Our only qualm with the physical hardware is that the design decision to go with the Capcom logo for the control deck seems a little ungainly if you’re playing on your lap. The overall heft of the unit and the non-slip bottom surface makes it ideal for setting it on a table, but the unit also doesn’t feel quite wide enough for two players, though perhaps that’s by design since it does capture that sense of jostling shoulders with your friends in front of an arcade machine.

Capcom ruled the arcade scene in the 80s and 90s with games like Street Fighter, Final Fight and 1944 and they feel right at home on the Home Arcade. The unit comes preloaded with 16 arcade games from Capcom’s late-80s and early 90s arcade output that were originally powered by the company’s CPS1 and CPS2 arcade hardware. The games are well presented in the frontend and come complete with preview music when scrolling through each game.

All the heavy hitters such as Ghouls ‘n’ Ghosts and Strider are accounted for, however, there are glaring absences like Street Fighter Alpha 3 and Marvel vs Capcom. It would’ve been great to see a few CPS3 games on the system as well with overlooked gems like Red Earth which was never officially ported to home consoles.

Capcom did include two rare games that never made it out of the arcades. The first one is a fun side scrolling beat ’em up edition of Aliens vs Predator, while the second one is often regarded as one of the best shmups ever made – Progear. Both titles boast some of the most impressive 2D artwork in the business and look simply stunning blown up on a large television.

Another big plus is that the product is continuously being improved with regular firmware updates. New features coming in version 1.5 include the ability to adjust game difficulty, CRT scanline options and a ‘one credit mode’, where you’re challenged to get through a game without the ability to continue.

We initially had quite a few performance issues with games suffering from slowdown, but once we updated to the latest firmware, which at the time of writing is version 1.4, performance was great. The audio does on occasion drop out and jumping in and out of games can be tedious since it reboots the whole system every time (taking around 25 seconds before booting into the main menu). That said, publisher Koch Media is aware of these issues and plans to address them in a future firmware update.

There’s also a full-size USB port which currently doesn’t serve any purpose. Hopefully, Koch Media will enable the ability to use it for connecting the control deck to other devices such as a PC or games console so you can use the sublime dual arcade controls on other games as well.

Overall, the Capcom Home Arcade is a great package that showcases some real gems from Capcom’s storied history and is ideal for anyone looking to relive the glory days of arcade gaming. 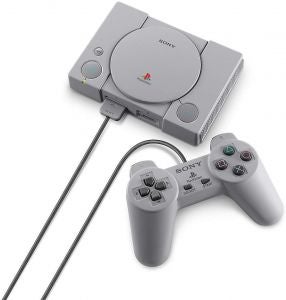 It’s impossible to deny the incredible impact the original PlayStation had on the video game industry, which is why it’s such a shame that Sony’s stab at its own mini retro console revival in the ‘PlayStation Classic’ was so underwhelming. Most of the 20 included games are far from ‘classics’, with titles like Gran Turismo, Tomb Raider, Castlevania Symphony of the Night and Wipeout glaringly absent, while forgettable titles like Jumping Flash somehow making the cut.

The user interface on the PlayStation Classic is barebones with next to no visual filter options.  Emulation is poor, with constant slowdown and heavy filtering that reduces things to a blurry mess. The performance problems are made worse by the strange decision to use the slower PAL versions for some of the games as opposed to their full speed NTSC counterparts. Most of the included games also suffer from the bizarre decision to not include analogue sticks on the pack-in controllers.

Unless you’re a diehard collector, we would suggest steering well clear of this one. 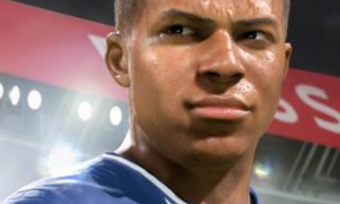