As thousands of developers halt production on their next-gen titles in wake of the COVID-19 pandemic, gamers around the world are either jumping head-first into recently released games or dusting off their old games to experience some long-lost nostalgia. With an abundance of games available it can prove overwhelming to choose what to get stuck into first. That’s why Canstar Blue has created this guide, showcasing 10 of the best video games to play during isolation to keep you entertained for days!

Top 10 Games to Play during Isolation

Our top 10 games to play in isolation are:

Doom Eternal is the sequel to the revived Doom franchise with innovative multiplayer modes, an extended campaign and new weapons such as grapple hook shotguns, laser axes, flamethrowers and more. This game provides a fresh new take on the Doom series while maintaining the nostalgic elements that has helped cement the title as one of the best shooter games ever, as it proves itself as an awesome title to play during isolation, whether you stick to the campaign or get a squad of mates together for online multiplayer.

Create your own island paradise in Animal Crossing: New Horizons as you collect resources alongside fishing, gardening and other activities to help settle yourself into the new lifestyle and enjoy your virtual getaway. This simple yet satisfying game is perfect for boring days in isolation, as it brings back the authentic Animal Crossing experience that we all know and love, with a few new tricks up its sleeve to give both new and old fans something to look forward to. You can even travel to other people’s islands, allowing you to connect with friends online and see their creations!

Warzone is a free-to-play battle royale video game released earlier this year as an extension of the 2019 ‘Call of Duty: Modern Warfare’ title. With Season 3 already underway, parachute your way down to battle as you and your friends keep entertained during isolation with one of the hottest battle royale games in 2020!

With the game map more than doubling in size from 2017’s ‘Origins’, Assassin’s Creed: Odyssey offers the greatest open-world adventure in Ancient Greece fans have ever seen. Odyssey is the perfect title to get head-first into as it embodies spectacular graphics, diverse storylines and a lot of entertaining content to have fun with during isolation.

Red Dead Redemption 2 (RDR2) is the third entry in the Red Dead series and was the top-selling game in 2018, with critics praising the title for its in-depth storyline, accurate historical references and dynamic gameplay. RDR2 is arguably one of the best action-adventure games of its kind, as its cinematic features, amount of side quests and online components making it perfect for those rainy days at home, or for isolation.

Fortnite has consistently remained one of the most popular battle royale games to date, as its colourful and animated gameplay is enticing over three million players to log in to play every day. With Fortnite recently extending season two, now is the best time to hop on and play, with the game free to download and play, with purchasable skins including Travis Scott, Deadpool also available.

Star Wars: Fallen Order is an EA action-adventure released in 2019 which showcased dynamic and visceral lightsabre combat to the delight of both old and new Star Wars fans. Jump into the Star Wars universe and learn the ways of the Force as this game can provide hours of entertaining gameplay, as well as plenty of puzzle-solving and cinematic cutscenes to distract you from the outside world.

The Elder Scrolls V: Skyrim is an action-fantasy RPG released in 2011, as its endless amount of quests, side missions and customisation makes it arguably one of the best games to play while in lockdown. While originally released on last gen consoles, a remastered version was released in 2016 for newer consoles, allowing gamers who missed out the first time round a chance to visit the land of Skyrim and learn the ways of the Dovahkiin.

Grand Theft Auto V needs little to no introduction, as it has cemented itself as one of the best-selling video games of all time. When you first jump into the city of Los Santos you can see why GTA V is still one of the most popular games today, as developers Rockstar have been periodically adding new content to help keep gamers entertained. This game is perfect for messing around and is a great way to kill some time in isolation, either by yourself in the main campaign, or online with friends.

NBA 2K20 is the premier basketball video game in the world, as developers 2K release a new edition annually showcasing the best athletes in the NBA in a variety of modes such as MyCareer, MyTeam, MyLeague and much more! With new MyTeam challenges recently uploaded to help entertain isolated gamers, NBA 2K20 still has plenty of its traditional multiplayer options, giving you your NBA fix while keeping you entertained.

Which games should I play in isolation?

When looking at what game to dive into first, you should ask yourself what type of video games you are wanting to play? Do you prefer multiplayer with friends, or do you like roaming single-player in an open world? There are tons of options to choose from, as your choice of games during isolation is ultimately going to come down to your preferences, budget and how strong your home internet connection is. But whatever your preferences, the above titles can help you sink hours and hours into each game, helping to keep you entertained in isolation. 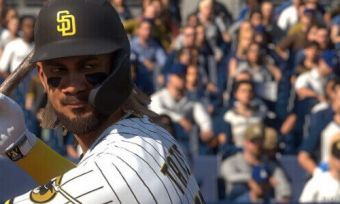 Best Xbox One games to play on Series X