Known for being the mind behind the Metal Gear Solid series, Hideo Kojima is again teaming up with Kojima Productions to lead one of PlayStation’s latest releases – Death Stranding. An action game that’s set in an apocalyptic future, Death Stranding features big name actors such as Norman Reedus (The Walking Dead, Boondock Saints), Mads Mikkelsen (Casino Royale, Hannibal) and Guillermo del Toro, with the title first revealed back in 2016.

Released in November 2019, Death Stranding has quickly made waves within the gaming community, even though it’s only available on the PlayStation 4 console. But where can you buy it, and how much will it cost? 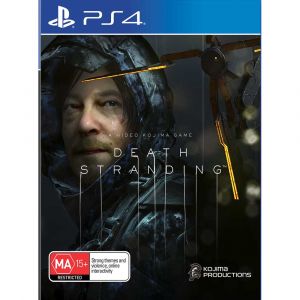 Where to buy Death Stranding

While traditional gaming chains such as EB Games are often the go-to for many, there are plenty of other stores and outlets available, including general retail stores such as Target and Big W, along with electronics retailers such as Harvey Norman and JB Hi-Fi, with online-only retailers such as Kogan and Amazon Australia also offering the gaming title.

How much does Death Stranding cost?

Death Stranding is available at a number of online and physical retailers, with the prices for the Standard Edition listed below. At the time of writing, it’s currently priced at just $68 from Kogan, Harvey Norman and Amazon.

What else can I play on the PlayStation 4?

With the PS4 one of the big three gaming consoles currently available, here are a number of other titles also available.