The latest addition to the Star Wars universe, Jedi: Fallen Order, was announced during the E3 Expo in 2018, before being released in November 2019. Set shortly after the events of Episode III – Revenge of the Sith, we follow young Jedi in-training Cal Kestis as he learns the ways of the Force while also avoiding the rise of the Empire.

Available on PC, Xbox One and PlayStation 4, Star Wars Jedi: Fallen Order looks to be a strong contender for Game of the Year, but where can you buy it, and how much will it cost? 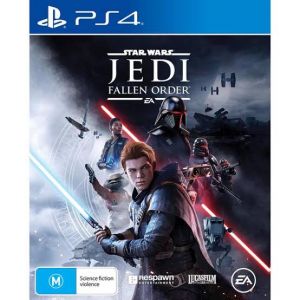 While traditional gaming chains such as EB Games are often the go-to for many, there are plenty of other stores and outlets available, including general retail stores such as Target and Big W, along with electronics retailers such as Harvey Norman, Dick Smith and JB Hi-Fi, while you can also buy it directly from Microsoft online.

How much does Star Wars Jedi: Fallen Order cost?

What other games are available on both PS4 and Xbox One?