Crash Bandicoot 4: It’s About Time introduces the world’s favourite marsupial to a new generation, only this time he’s coming with revamped graphics and a bunch of new features to provide gamers with the expressive and fully-animated experience of Crash Bandicoot we’ve come to know and love. With all new abilities, maps, cosmetic skins and more besides, jump right back into the legendary world of Crash Bandicoot in an all new adventure.

Set as a direct sequel to the 1998 ‘Warped’ title, Crash Bandicoot 4: It’s About Time combines classic and traditional gameplay with a fresh array of new abilities, playable characters and worlds to keep both young and old gamers entertained. Find out what to expect from the upcoming title in this Canstar Blue article.

What new abilities are available in Crash Bandicoot 4?

Explore the world of Crash Bandicoot like never before with new abilities to help navigate across the diverse maps, including wall running, rope swinging, rail grinding and zip lining. Crash Bandicoot 4 also introduces the Quantum Masks, artifacts of rare power to help you on your journey.

Who can you play as in Crash Bandicoot 4? 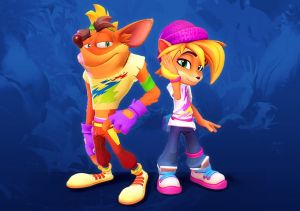 Crash Bandicoot returns as the titular character, with his younger sister Coco also returning as a playable character. While many will no doubt be excited to simply be back in control of some old favourites, players will also be able to take control of new characters Dingodile and Neo Cortex, with hints of more to be announced closer to the release date.

Each come with the basic movements and abilities that you expect from a Crash Bandicoot game, giving you that old-school platformer vibe. However, like most modern games, Crash Bandicoot 4 comes with a variety of customisation to give you further control over your character, including a variety of outfits and cosmetics, although this game bucks the trend of micro-transitions, with each skin and customisation object attainable by completing challenges and earning gems throughout the main story.

If you’re looking for some exclusives, you can receive the Totally Tubular skins for both Crash and Coco by pre-ordering the game digitally, while the Marsupus Erectus and Serious Upgrade cosmetics are exclusively offered via PlayStation first, before other platforms can attain the cosmetics further down the line.

Will Crash Bandicoot 4 be worth it? 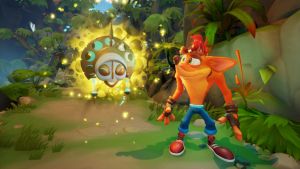 With remasters and remakes flooding the video game industry in recent years, it’s quite refreshing to see a classic series build upon their established work and create another well put together offering. With new maps, characters, skins, abilities and more, Crash Bandicoot 4’s storyline seamlessly follows after 1998’s ‘Warped’, and ticks all the boxes for a fun, family-friendly game suitable for everyone. Crash Bandicoot 4: It’s About Time drops October 2, 2020 and is now available for pre-order at all participating stores.