It’s time for 90s kids to rejoice — a new Crash Bandicoot game is coming late 2020! The new game, titled Crash Bandicoot 4: It’s About Time is a follow up to the third game in the franchise, Crash Bandicoot: Warped, which was released back in 1998. This new game will be released on 2 October, 2020.

You might be thinking a 20+ year gap between games is a long time to wait, but the Crash Bandicoot franchise hasn’t exactly been quiet during this time. Since Crash Bandicoot: Warped, there were plenty of spin-off games released, such as Crash Team Racing, but most of them never quite reached the same levels of hype as the original trilogy. That’s why in 2017, the first three games were re-released as the Crash Bandicoot N. Sane Trilogy collection for the PlayStation 4 and other platforms. This new game marks the first original story game in the franchise in more than 10 years.

What is ‘Crash Bandicoot 4: It’s About Time’? 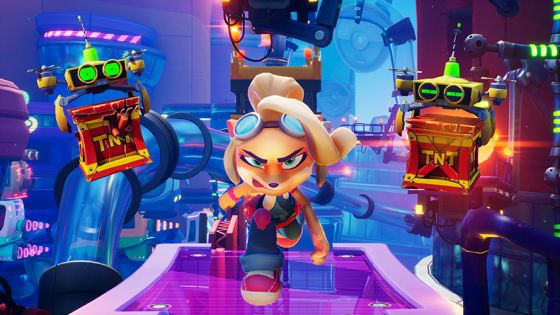 This new game is set after the events of Crash Bandicoot: Warped, where the bad guys Doctor Neo Cortex, Doctor N. Tropy and the evil mask, Uka Uka, have escaped after being stranded on a distant planet. This creates a rip in the fabric of space-time opening up a whole multiverse of problems. Enter Crash and Coco, two bandicoots who, once again, need to save the world from a multitude of evils.

Not only will this game draw on much of the gameplay that made the original trilogy so popular, but there will be new abilities to help you navigate obstacles, such as the Time Mask which slows everything down, and the Gravity Mask which lets you move upside-down. There will also be more advanced gameplay mechanics such as wall running, rail grinding and rope swinging, which is sure to add a whole other level to the game.

Crash Bandicoot 4: It’s About Time will be released on 2 October, 2020 on PlayStation 4, PlayStation 4 Pro, Xbox One and Xbox One X. Sound like fun? Check out the trailer for yourself.