Gaming often gets a bad rap for being super data-hungry, especially when you’re playing on a mobile device. If you’re gaming at home, most of the time you’ll have an unlimited data broadband plan, but if you’re on the go, you’ll need a capable phone plan. If you play non-stop, you’d end up without data in no time, but gaming actually sucks up less data than you might think.

Here’s an overview of how much data gaming actually uses, and how to find the best gaming-ready mobile or broadband plan.

How much data do you need for gaming?

Playing an online game will use data, as will downloading a game. Playing games online with other people won’t use up too much of your data, and will like consume between 20MB and 200MB per hour depending on the game.

While initial downloads of games can range anywhere from between 1GB and 90GB, updates typically range between 100MB and 500GB, and consistent online play often requires anything between 50MB and 500MB per hour, depending on the game you’re playing. Playing games online uses data, there’s no way you can avoid it, be it for the initial downloading of the game, updates or playing online.

If you’re gaming at home, you won’t go far without an unlimited internet plan. NBN internet will be able to support your gaming habits, and unlimited data will allow you to download games and updates no matter the size. However, you’ll need an NBN plan fast enough to support your gaming habits (NBN 25 is a good speed to start with, but NBN 50 and NBN 100 are better for intense gaming). Some providers offer NBN plans specifically for gamers, but any NBN provider should give you a good gaming experience if you’re on a decent speed.

The following table shows a selection of published gaming-ready NBN plans from MyRepublic and Aussie Broadband on Canstar Blue’s database, listed in order of monthly cost, from the lowest to highest, and then by alphabetical order of provider. Use our comparison tool compare these plans to other internet plans. The links in this table are to referral partners.


A phone plan won’t be enough to support downloading for intense PC or console gaming, so you’ll need an internet plan in that respect. Phone gaming should work decently with phone plans, as the download sizes and hourly data usage is lower, which we’ll also cover.

How much data does gaming use in an hour?

Below you’ll find a table of some of the most popular games and how much data they use in a standard hour of gameplay. Note that results can vary and not everyone would get the same experience.

How much data does Fortnite use?

Fortnite uses between 40MB and 100MB per hour when playing consistent games. The file size of Fortnite is 17.5GB on PC, 16.8GB on Xbox One and 7.5GB on PS4. On iPhone, Fortnite is 261.8MB and on Android it’s 381MB in size. These sizes make the game relatively low-risk for low data plans, however installing the game on PC, Xbox One and PS4 will require a plan that can handle the file size.

Note that Fortnite has been banned from the Apple App store and the Google Play store.

How much data does Minecraft use?

Minecraft is mostly an offline game and can be enjoyed on every platform without an internet connection. If you’d like to play Minecraft online with other people on a server, you can expect to use data anywhere between 80MB and 200MB an hour. Minecraft’s file size on PC is no more than 1GB. On Android it’s 91.02MB, and on iOS it’s 351.2MB.

How much data does COD Mobile use?

Call of Duty Mobile uses about 35MB of data per hour. In download size, COD Mobile is 2.7GB on the iOS store and 2.1GB from the Google Play store, making the app reasonably sized for mobile usage. Using COD Mobile on the go wouldn’t run through your phone data too quickly.

How much data does Pokémon Go use?

Pokémon Go doesn’t use up much data, ranging between 2MB and 8MB when playing on the go. The app is 376.4MB on iOS and its size ranges on Android devices, however it’s reasonable to expect it to be around 95MB. These sizes make it a great mobile phone game to pick up and use data on, as you’ll hardly notice a difference in your data use.

Like with NBN plans, no phone plan will keep you from gaming; however instead of speed, the main detriment to your gaming will be your data cap. Phone plans are mostly sold by their data allowance and how much full-speed data comes with the included phone plan, which is the main thing that will matter when you play games online and on the go.

Having a big data phone plan will also allow you to play games on your laptop if you’re hotspotting from your phone. Playing games like League of Legends or Overwatch at university or on the train is totally achievable with a phone plan, provided you’ve got good reception and lots of data.

The following table shows a selection of postpaid SIM-only plans with over 40GB data on Canstar Blue’s database, listed in order of standard monthly cost, from the lowest to highest and then by data allowance, largest to smallest. Use our comparison tool to see plans from a range of other providers. This is a selection of products with links to a referral partner.

The following table shows a selection of postpaid SIM-only plans with over 40GB data on Canstar Blue’s database, listed in order of their standard monthly cost, from the lowest to highest and then by data allowance, largest to smallest. Use our comparison tool to see plans from a range of other providers.

How can I monitor my data usage?

If you’re worried about your data usage, there’s several things you can do to keep things under control across all platforms.

Firstly, most mobile providers offer useful apps for data monitoring. In these apps, you can check how much data is being used by devices, and how long you’ve got until your plan resets. Make sure you check out the app your provider offers. Often the app will offer other useful extras such as in-app payments and the ability to switch or change your plan, so it’s a great tool to have to keep track of your mobile service. 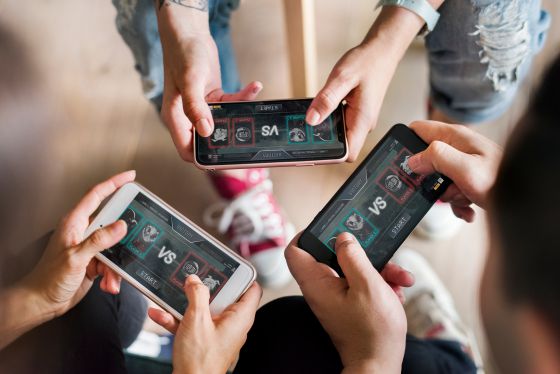 On PC, clicking on the internet icon in your taskbar, then on your connected network, and going through to your internet settings, will see you come across a setting called ‘metered connection’. Enabling this will log how much data you’re using within a certain period. You can also set your own daily data limit if you’re worried about exceeding your plan.

On Mac devices, there is currently no in-built way to manage metered connections. You can use apps such as Tripmode or Little Snitch, both of which monitor your Mac data usage. These third party apps are built around using a Mac, and are a great substitute for not having much information on your network usage.

On iPhone, Going into Settings, then Cellular or Settings and then Mobile Data, you’ll be able to see how much data you’re using within your current data period from each of your apps. Here you can also disable using roaming data for selected apps.

On Android devices, holding down the icon of the app you want to select, then selecting App Info and then Data Usage Settings will display how much data this app is using. Here you can also disable mobile data usage and Wi-Fi data usage, along with background data usage.