As real-life football has had to take an unexpected break, fans will be looking forward to making up for lost time with EA Sport’s latest instalment of FIFA – FIFA 21. Expected to come with new immersive and detailed gameplay bundled with new playing modes, the latest addition to the long-standing franchise looks to let you play and experience world-class soccer like never before.

With FIFA 21 slated for release on October 6, EA Sports has released a reveal trailer showing new co-op FUT modes, improved gameplay mechanics and more, but how will it stack up against previous instalments of the popular series? Find out below.

FIFA 21 introduces revamped gameplay mechanics with several new features added to ensure gamers are provided with the most fluid and immersive gameplay possible. Dictate your team’s movement off-ball with the introduction of Creative Runs and skill your way past defenders with the new Agile Dribbling System, adding more aspects of the game for you to try your hand at.

Positioning Personality is another exciting new feature, with offensive and defensive ratings playing more of a part in player positioning. World-class forwards will know when to stay onside in key moments, playmakers will be able make space to create opportunities and top-tier defenders will be able to close down passing lanes more effectively, giving the game that world-class instinct we’ve come to expect from professional players.

After facing increasing backlash from the FIFA community over the years, FIFA 21 promises to address the concerns seen in latter games with an overhaul in fundamentals. Manual headers, improved blocking, smarter passing and enhanced responsiveness are all new additions to FIFA 21 as the title looks to provide fluid and enjoyable gameplay. 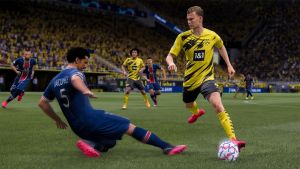 EA Sports is bringing the addition of Ultimate Team Co-Op to FIFA 21, allowing you to team up with a friend and play in both Division Rivals and/or Squad Battles to earn rewards and progress through the new Co-Op games. Career Mode has also experienced a massive revamp, with features such as Interactive Match Sim, Active Training System and a whole new player growth structure improving the Career experience. FIFA fans now have the ability to transform CDMs into CBs, RWs into RBs and more as you modify your team to fill in holes and gain attributes for your players along the way. AI opposition has also been improved – both offensively and defensively – with enhanced mechanics making sure each match experience is unique. 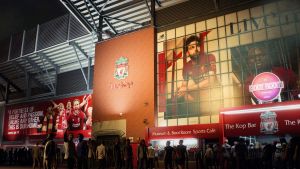 With an all-new FUT Co-Op mode, upgraded career features and largely improved gameplay, FIFA 21 is making sure this instalment is one of the best in recent years, but only time will tell as we wait until the whistle for kick off. FIFA 21 is available for pre-order now at all participating stores and retailers.