While a gaming headset is often all that most gamers need for a more immersive gaming session, for those looking to take it up a notch, or looking to break into the streaming scene, a microphone can be just the ticket to help your teammates, or viewers, hear you crystal clear. But with an abundance of microphones available for purchase, it can prove a daunting task to decide on which brand and type of microphone is worth it, and which ones are all talk.

To help you cut through the noise, Canstar Blue has investigated what you should look for in a gaming microphone, as well as what brands are available, to help you find something you like the sound of.

What are gaming microphones? 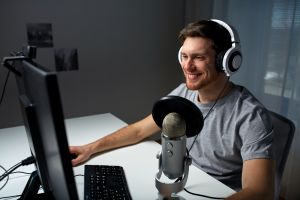 Gaming microphones are essentially standalone microphones that are used by streamers and online gamers to improve sound quality and clarity. Similar to a microphone used by musicians, gaming microphones have a higher audio quality and input than a normal headset microphone, allowing those who play games professionally, or stream on services like Twitch or YouTube, to create high quality audio clips without being affected by outside noise.

To understand the various types of microphones, it’s important to first understand audio waves and what is known as the ‘polar pattern’. The polar pattern is essentially the process of how a microphone picks up sound, with microphones then broken down into sub-categories based on their ability to pick up this sound, including bidirectional, omnidirectional and cardioid. Below is a brief explanation of each polar pattern type to help you understand which microphone type may best suit your gaming setup and needs. 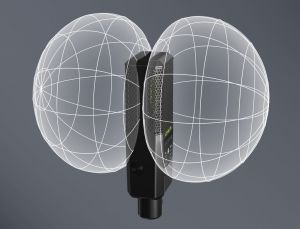 Also called figure-of-eight polar pattern, bidirectional microphones can pick up sound with high sensitivity from the front and back, as well as pick up sound with low sensitivity from the sides. In doing this, a hyper-localised space is created, with sounds coming from outside the capture field being rejected. This polar pattern is ideal for when you have multiple people (such as a team co-op game), but can also be a good investment for solo gamers. 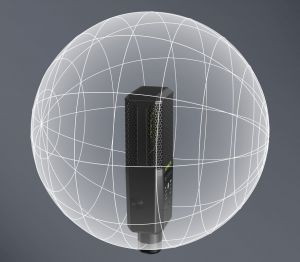 Omnidirectional polar pattern picks up audio from all sides of the microphone, and is generally considered to be the least effective for gaming, as it will additionally pick up ambient and room noise, which may affect the audio quality of your voice recording. While still usable for gamers, omnidirectional microphones are generally best suited for situations involving a lot of people, such as podcasts. 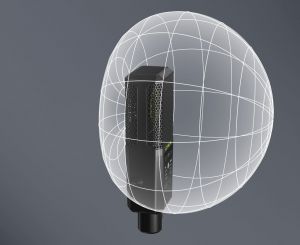 A cardioid (otherwise known as unidirectional) microphone is most sensitive at the front and least sensitive at the back, helping to reject unwanted sounds and focus on the one core audio source. Regarded as the best polar pattern for solo gaming due to its ability to distinguish voice from outside ambience, the cardioid pattern has several variations, including supercardioid and hypercardioid, which narrows the pattern down to only identify audio from a particular source. This polar pattern is the most commonly used with streamers and is recommended for solo gamers looking for high-quality sound.

What to consider when buying a gaming microphone 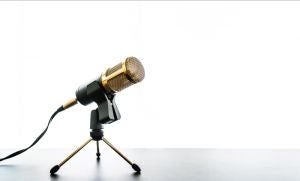 With a number of brands and models to choose from, what should you be looking for when it comes time to buy? Below are a few areas to consider when buying a gaming microphone:

With the gaming scene growing year on year, more brands are expanding to cater for a growing market. Here are a few of the brands that currently sell gaming microphones.

Known in gaming circles for a variety of products, including video capture tech and other accessories, Elgato additionally provides audio hardware such as the Wave: 1 and Wave: 3 microphones.

Another big-hitter of the gaming scene, Razer offers a variety of gaming-focussed products, including desktops, keyboards, controllers, as well as streaming and audio equipment. 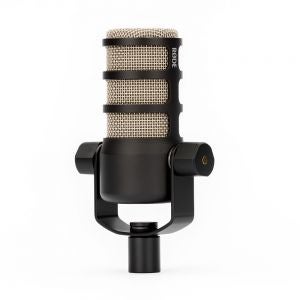 A brand primarily focussed on audio equipment, RODE microphones may be a suitable option for those looking for high quality audio from a big-name brand, or are after a microphone that can help block out plenty of background noise. While predominantly used for music, RODE has a number of other microphones for gaming and podcasts.

Where can I buy a gaming microphone?

With gaming microphones not exactly at the top of everyone’s ‘to-buy’ list, where exactly can you purchase one? In Australia, electronics stores such as JB Hi-Fi, Officeworks, Dick Smith and Kogan offer a number of brands and varieties, in-store as well as online.

Are microphones necessary for gaming? 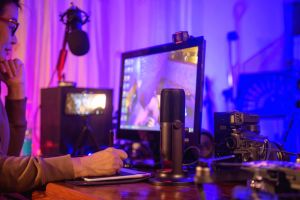 Communication can be a key component of gaming, with audio particularly important for those looking to make a move into the online streaming world. While you can make do with a gaming headset, if you’re looking for clean, clear audio, a gaming microphone may be your best option, especially if you’re hoping to keep your potential viewers on the edge of their seats.

With multiple brands, polar patterns and price brackets, it can be tough to figure out exactly which brand and model you should be plugging in before your next gaming session, meaning it’s best to look into all your options before parting with your hard-earned cash. While it can be tempting to simply go for the cheapest model, or the most popular type, if you’re serious about your online gaming, investing in a good microphone will pay off in the long run, helping you to produce high-quality video and audio clips and stay ahead of the game. 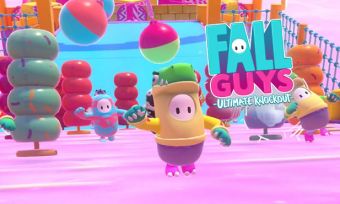