Hitman 3 (MA15+) is the eighth instalment in the Hitman series and serves as the epic finale to the popular franchise. One of the best-looking Hitman titles already, Hitman 3 looks to show massive improvements over previous titles, with all-new locations and innovative mission stories as developers IO Interactive ensure the final instalment of the Hitman series goes out with a bang!

This stealth-shooter title takes you from the skyscrapers of the United Emirates to the picturesque Romanian Mountains as you acquire contracts and eliminate high-level targets. Set for release on January 20, 2021, find out if Hitman 3 is worth picking up in this Canstar Blue article. 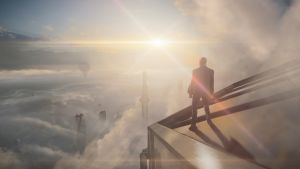 Hitman 3 is the first Hitman title optimised for next-gen consoles, as Xbox Series X and PS5 owners will get to experience updated graphics and other next-gen features to fully immerse themselves into Hitman 3. These features include 4K visuals, 60 fps, HDR support and faster load times, with Series X owners also being able to use the ‘Quick Resume’ feature to leave and come back to it as they please. Current gen-owners aren’t forgotten either, with digital copies of Hitman 3 enabling gamers to receive a free next-gen upgrade for when you eventually update to the latest gen-consoles.

The Campaign for Hitman 3 takes you on an ever-moving adventure to new sandbox locations while delivering the epic conclusion to the popular Hitman series we all know and love. You can play through the levels in any order at your leisure, but be warned, as potential spoilers can arise from doing this. Elusive Targets also returns, which involves special high-stakes contracts available to all players for a limited amount of time, with each gamer only getting one chance to complete the contract, adding to the already intense gameplay.

Thanks to advanced Glacier technology from IO Interactive fuelling this title’s immersive world, gamers are presented with unmatched player choice and dynamic environments as the ruthless Agent 47 undertakes the most important contracts of his career. 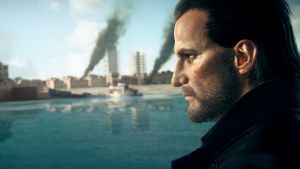 Travel to six diverse and intriguing locations in the series’ finale as the first half of the game takes Agent 47 to Dubai, England and Berlin as you continue to confirm kills across ever-changing landscapes. The second half of the game will take you to China and Argentina as the mission finale of Hitman 3 takes place in Romania’s Carpathian Mountains, giving gamers stuck in quarantine a dose of travel.

Within these unique locations, you’ll need to effectively use your Hitman’s vast array of skills to eliminate the targets in the varying and ever-changing circumstances you find yourself in. Like previous Hitman titles, you have the ability to perform mission stories at any given time, as the game provides flexibility to assist when you’re stuck on a certain mission in a tricky environment, or to enjoy at your own leisure. Choosing your own order of missions also opens up plenty of replayability, allowing you to go back and experience different mission orders.

In addition to the new locations seen in Hitman 3, you’ll also get the opportunity to download all previous locations from Hitman 1 and 2 (provided you own them), giving gamers the chance to visit over 20 locations in Hitman 3, adding to the nostalgia and fun of the latest instalment of the series.

Will Hitman 3 be worth it? 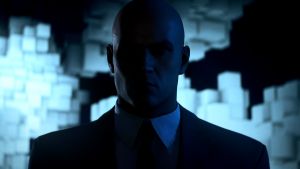 Hitman 3 looks to close out the beloved series in style as the eighth instalment in the illustrious Hitman video game franchise offers gamers with stunning landscapes, dynamic graphics and more creative ways to achieving a contract kill. IO Interactive does a great job of staying with Hitman’s roots while still refining and expanding the world of Agent 47 and his missions, making it a worthy final contract for gamers to fulfill. Hitman 3 is out January 20, 2021 at all participating stores.