I’m the first to admit that I wasn’t the biggest fan of the original Last of Us game. Don’t get me wrong, I loved the characters and the story but the repetitive combat loop, which grew stale by the second half of the game, was difficult to overlook, writes Krishan Sharma. Going into the sequel, I was interested to see how Naughty Dog would look to mix up the gameplay and whether it can once again deliver an engrossing tale from the grim and brutal world it had built. For the most part, the game delivers but it’s not without its blemishes.

What’s it all about?

Set five years after the events of the first game, players take control of a 19-year-old Ellie who after certain violent events early-on, sets off on a revenge quest that brings her to war-torn Seattle, facing off against different factions of plague survivors. In her search for closure, deeper themes emerge as Ellie is confronted with the devastating physical and emotional repercussions of her actions culminating in a divisive ending that is likely to keep players talking long after the game’s release. That’s all I can really say without veering into spoiler territory but just know that the story is as compelling here as it was in the first and will push you through to the very end. That said, the drawn out pace at which it is delivered hurts the overall experience of the game.

The story in The Last of Us 2 is told through a mixture of cutscenes, playable flashbacks and later in the game, playing through the eyes of the antagonist to give both sides of the story and challenging the player to sympathise with their perspectives in the process.

The problem is that the game attempts to tackle so many threads with each requiring hours of building up before any meaningful payoff can be reached and the pacing of the game suffers as a result. The intense cliffhanger moments are all too often followed by tedious playable flashbacks that drag on for too long and leave me desperate to get back to the main plot as quickly as possible. As such, the game can feel bloated in parts and I feel it would have benefited from a tighter and more focused 20 hour campaign than the 30 hour experience we ended up getting.

Also for a game that wants to make you think about the consequences of your actions, it seems at odds with itself when the only choice you’re given as a player is to brutally maime the person in front of you throughout every key moment. 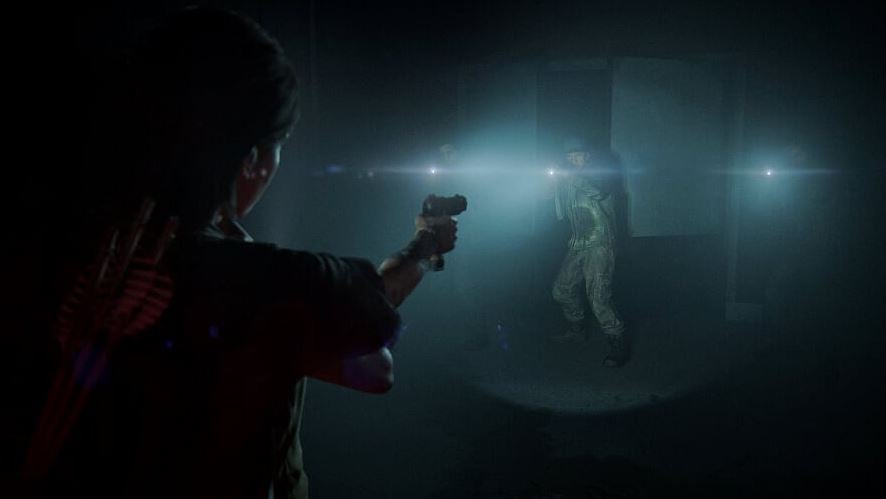 Thankfully, the environments themselves are interesting to explore which is important since you’ll need to examine every nook and cranny to scavenge for loot. The environments feel much more expansive and open than the last game as you trek through the urban ruins of Seattle that have largely been reclaimed by nature. You’ll encounter large open spaces balanced with countless interiors such as abandoned homes, shops and businesses that manage to feel unique from each other thanks to an unbelievable amount of understated details. In a nod to the recent Resident Evil remakes, the interior sections are often littered with subtle clues in the form of letters and notes left by victims in their final moments that can be pieced together to reveal safe codes with the contents inside almost as rewarding as the stories that surround their placement.

Environmental puzzles are also better thought out than the first game. Where its predecessor would have you constantly find and push garbage bins or ladders to get to the next area, The Last of Us 2 will require you to really explore your surroundings to find a path to the next opening. 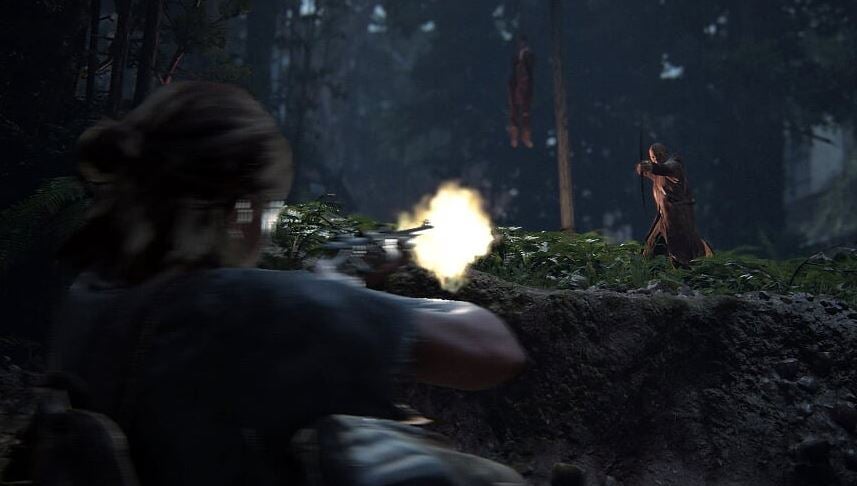 Combat feels more varied and refined than the first game as well thanks to a larger toolset at your disposal and more variety in the types of opponents you face which force you to consider different combat tactics.

For instance, some of the human enemies have dogs with them who can smell your scent from a distance, stopping you from sitting in a single location for too long. There’s a new faction called the SCARS who communicate with each other with a chilling set of whistles and tend to coordinate more intelligently than other enemies in the game, making for more tense encounters.

Scenarios can vary considerably with different combinations of enemies and environmental protection like elevated vantage points, going prone in tall grass to stay hidden and submerged access routes, impacting how you go about clearing an area. Where in the original the story carried the gameplay, here there’s a better balance between the two which, in my view, is the game’s biggest improvement.

From the breathless drama of its cinematic presentation to the clever encounter design, The Last of Us 2 represents what one of the best studios in the industry can do when given ample budget, time and resources. While the game buckles at times under the weight of its own story, this is an experience that shouldn’t be missed.