Lace up those cleats and get back on the field with Madden 21 now available for gamers and football fanatics alike to get their hands on. With enhanced gameplay mechanics, new features – including a new 6v6 dynamic multiplayer mode – and other updates, it’s safe to say Madden 21 will have a few people longing for the lights on Monday Night Football.

Madden 21 has heavily refined their stick controls, loading times, lighting, rendering and much more to improve across the board, as well as take advantage of the hardware capabilities of the next-gen consoles. With plenty to look forward to, read on to find out just what you’ll be getting with the latest addition to the Madden franchise.

What new gaming modes does Madden 21 have? 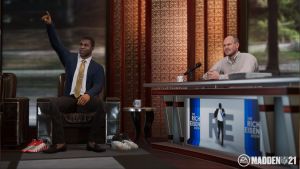 The latest addition to Madden is ‘The Yard’ – a 6v6 online multiplayer mode that recreates backyard football for you to enjoy. Allowing you to create and customise your avatar, you can play with friends or against other competitors, with the game mode allowing you to earn Cred and Rep, further allowing you to upgrade your character, as well as unlocking cool gear to further customise your athlete. The Yard also allows you to experiment with trick plays – a first for the Madden franchise – adding a further level of complexity and realism to the game, with nothing likely to prove sweeter than ending the game on a trick play.

The Face of the Franchise mode has also been given some love, with an all new storyline incorporating RPG elements, making everyone’s journey to the NFL a unique experience. Shape your player based on who you want to emulate in the league, with multiple opportunities to model your game and persona, allowing you to walk the walk and talk the talk. Choose to start your career off in High School or College as your decisions both on and off the field will define your player’s personality, play style and career path.

What new mechanics and skills are in Madden 21? 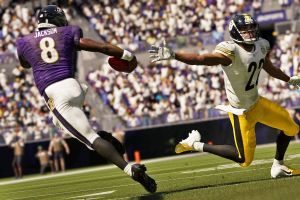 Experience Madden like never before with this year’s title providing immersive gameplay with enhanced mechanics for a more real and fluid experience. The all new Skill Stick allows players to carve up opposition with precise movements on both offence and defence, allowing you to emulate your favourite NFL players.

EA Sports have overhauled the ballcarrier mechanics and included some new moves – such as the Dead Leg and Slide Hurdle – providing gamers with more in-game creativity to move the chains. Defensive systems have also been heavily improved, with new location-based tackling, breakdown tackling, enhanced dive tackling and even pass rush combos to halt your oppositions yardage, giving you something to do on both sides of the ball.

Will Madden 21 be worth it? 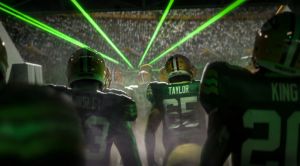 Madden has copped a bit of flack in recent years for its lack of focus and depth in multiple game modes, with EA Sports appearing to take the criticism on board to create an improved title with Madden 21. With Dual Entitlement allowing you to seamlessly cross over onto the next gen console, it’s safe to say this is a game worth getting, with gameplay optimised for Xbox Series X and PlayStation 5 to help you ball with the latest hardware and graphics. Madden 21 is out now and available at all participating stores.