For the past decade, the Avengers have taken over the entertainment world to become household names. But while they’ve been successful in the movie industry, gaming has always been a different story, with superhero games struggling to attract the same amount of fans. But with the latest Spiderman game paving the way, the superhero revival looks to be in full swing, with the Avengers coming to a console near you on September 4, and they’re bringing plenty with them.

Jump into Tony Stark’s suit as you lead the Avengers into battle, with other playable characters including Captain America, Thor, Black Widow, The Hulk and Ms. Marvel, with other Avengers joining the fight after launch. As Square Enix gears up for the first gaming release of the franchise sensation, Marvel’s Avengers will feature an immersive co-op story mode, solo hero missions, and more, in this all-out superhero adventure. Find out what to expect in this Canstar Blue article.

Who can you play as in Marvel’s Avengers? 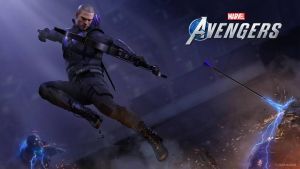 Fighting mechanics in Marvel’s Avengers look dynamic and engaging, with calibrated motions and powerful abilities and weapons to provide enhanced and visceral gameplay as you learn the strengths and weaknesses of each Avenger. Customise your favourite Avengers as you unlock new skills and gear to suit your playstyle, allowing you to fully control your favourite superheroes.

Every Avenger has a set of primary, specialty and mastery skills along with ranked loadout gear, with each character having their own tailored missions to showcase these skills. There’s also a more traditional ranking system in place, allowing you to gain experience for melee, ranged and heroic attacks, along with defensive abilities.

Will Marvel’s Avengers be Co-op? 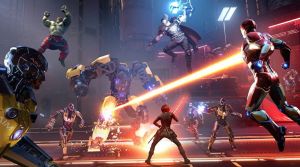 Marvel’s Avengers will have both single player and multiplayer capabilities, as you can team up with three friends online to complete dedicated co-op missions, along with the traditional storyline. The single player and co-op story is unique to the Marvel Cinematic Universe (MCU), as gamers will be able to fight in battles and experience moments from the Avengers that have never been seen before.

The commencement of the solo storyline places you at A-Day, where celebrations are being held for the unveiling of the new Avenger’s HQ. A horrific disaster occurs with a nearby invasion, as it’s up to you to assemble the Avengers and lead the way to stop all escalating threats on planet Earth.

This original storyline incorporates recognisable locations, legendary villains and each Avenger’s defining superpowers and personalities, helping the game to tie in with the movies we’ve come to know and love. The main villain has recently been revealed as MODOK, a supervillain appearing in the original Marvel Comics, winning over a few diehard fans and breathing new life into the franchise.

Will Marvel’s Avengers be worth it? 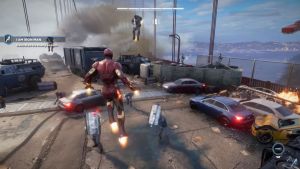 The potential of Marvel’s Avengers looks to have no ceiling as the title embodies a one-of-a-kind superhero roster, advanced combat mechanics and spectacular and dynamic gameplay that’s expected to shine on next-gen consoles. Assemble the Avengers and get ready to jump into action on September 4, with pre-orders available at participating retailers.

Over 400 electric vehicle charging stations set to roll out nationally

What is the average video streaming cost?