Marvel’s Avengers is something fans have been asking for for a long time – a game that captures the cinematic experience of the movies and recreates them in the form of a video game. It does this and more by being a co-op game with a seemingly never-ending slew of explosive, action-packed missions where you can play as six iconic characters. Players who invest more than 10 hours into the game might notice some repetition, but as far as the story and gameplay goes, you’ll find it as engaging as a Marvel movie, writes Zachariah Kelly. 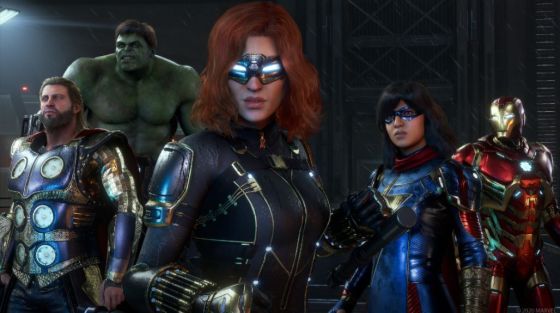 Marvel’s Avengers: An enjoyable but not flawless game

2020 may be the year that stopped Marvel’s 10-year streak of releasing movies into cinemas, but we haven’t been starved of content from one of the world’s biggest entertainment properties. For a while, Marvel has beaten around the bush of releasing video games starring its iconic characters, choosing instead to develop phone games and games for the Switch, and to continue its popular Marvel Vs Capcom series. While these have been welcomed by fans, the cinematic experience of the movies had yet to be captured in video game format.

That is until now, with Marvel’s Avengers, a one-to-four player co-op game with six characters to choose from, and a great superhero story to keep you engaged for the 10-12 hour experience of the single-player mode. After you complete that main story, you get access to the multiplayer component, with action-packed missions spanning all over the northern hemisphere. The game is fun, clashy and engaging, with gameplay being the biggest drawcard, however the game can feel quite repetitive. 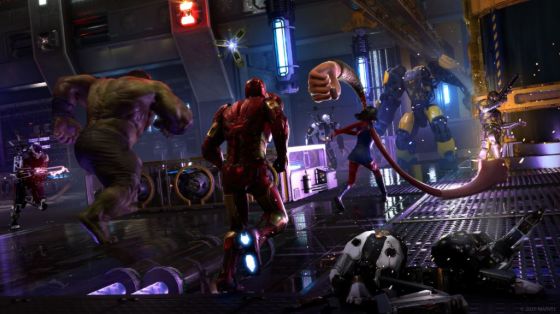 Love Marvel? Watch it all on Disney+

If you’re feeling like a Marvel binge, there’s only one place to do it. Disney+ is where you can find the entire Marvel library of movies, along with shows that are coming out such as WandaVision and Falcon and the Winter Soldier.

Subscriptions to Disney+ start at $8.99 per month, or you can spend $89.99 for 12 months and get a small discount. With that price, you get access to the Disney, Pixar, Star Wars, Marvel and National Geographic catalogues of content, perfect for the whole family. You can find the plans below.

The story: Generic, but certainly not unwelcome

Most of the Avengers from the original 2012 movie have made it into the game – Iron Man, Captain America, Black Widow, Hulk and Thor, with the addition of Ms. Marvel, a young character who can stretch her body in any way, introduced as the protagonist for most of the game. 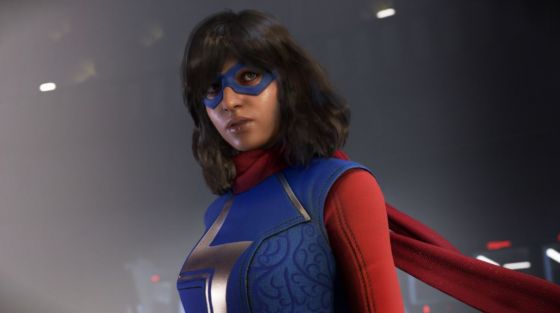 The campaign story takes place after a cataclysmic event for which the heroes have been seen as responsible. The Avengers are disbanded, and an authoritarian government seemingly takes over the United States. After some new information that could clear the Avengers’ name is uncovered by Kamala Khan, or Ms. Marvel, she sets off to try and reassemble the team and save the world.

I found the narrative to be engaging and satisfying, although fans might be disappointed with the portrayals of their favourite characters. It’s a fun time overall, and you can get quite attached to these Avengers along the way. Most of my satisfaction came from the campaign.

The gameplay: Action-packed and easy to pick up

The gameplay certainly keeps me coming back to the game. Objectives might be lacking, mostly revolving around pressing buttons to open doors, eliminating targets or controlling a certain area for a given amount of time, but the way your superhero engages with the environment is a real crowd pleaser. Like in the movies, each hero has something unique to offer.

There’s a hero for all play styles in this roster of characters, both in terms of what games you’re used to and how difficult you’re used to games. Every hero is easy to play as, with great combos to reward your gameplay and a unique skill tree to improve your character with. It’s kind of “easy to learn, hard to master”, in that learning your hero and its moves well will reward you the more you play, but combos can be quite deep and hard to pull off. You can also pick up and equip armour, which gives you buffs like extra damage or damage resistances, and there’s cosmetic customisation choices through different outfits. 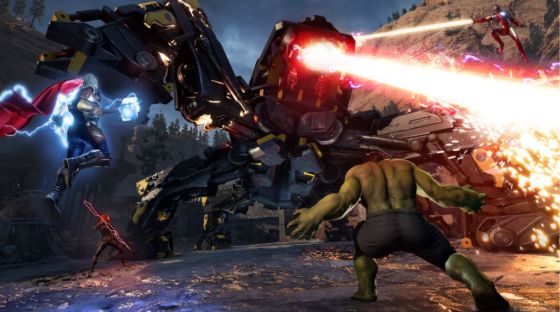 Love gaming? Make sure you’ve got the right NBN plan

Marvel’s Avengers has co-op, which is great if you’ve got a squad of four friends to play it with. That being said, games can take up a lot of space in 2020, with this game being 75GB big on PC! You’ll also need a hefty NBN plan capable of fast speeds for updating your game, or for multiplayer. All these things will chip into your internet bandwidth, and if you want to play it soon, you’ll need a quick plan. Below you’ll find some great plans for gamers, across several price points and speed tiers.

If you’d like your gaming experience to have a little extra kick, these plans will do the job. The following table shows a selection of published unlimited NBN 50 and NBN 100 plans on Canstar Blue’s database, listed in order of standard monthly cost, from the lowest to highest. Use our comparison tool to see plans from a range of other providers. This is a selection of products with links to a referral partner.

The level design: Repetitive, but there’s a lot to love

Marvel’s Avengers follows the “live-service” trend in games, meaning the game never really ends, and that there’s technically infinite content, with it continuously being developed for the game. You can see this in other games like Destiny 2 and The Division 2, where there’s always a mission to jump into and more loot to find. This is the case with Avengers – every time I’ve gotten on to play, there’s been a mission for me.

But beyond base content, you’ll find a lot of repetition. Avengers seems to have so much content because it reuses levels and assets over and over again. I noticed this in particular in the East Coast section of the game, which is comprised of cityscapes. I feel like I’ve been to the exact same level several times now, with different missions and objectives sprinkled in.

Objectives are often reused over and over again too, which feels safe and familiar, but can be tiresome. Admittedly, playing as a different hero every time you revisit these missions gives them some more energy, but ultimately you may as well be replaying the same level over and over again. It’s not that revisiting these levels isn’t fun, it’s just that I can see it getting old. 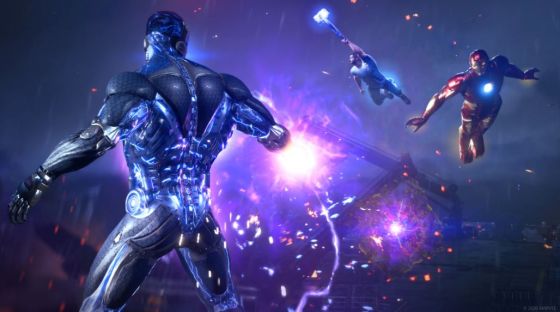 That said, the levels are massive, beautiful and wide open enough for you to forgive the repetition. It all melts away when you have an obvious mission objective to be doing, and can go basically anywhere to do optional objectives.

Regardless, as long as you know your hero’s abilities, and how to dodge and handle the different enemy types that are thrown at you (ranging from drones, to small robots, to mech suits, to soldiers with jetpacks, to giant robotic spiders), you’ll do fine. Thankfully the game is fun, because if all it had was repetition, a slightly confusing UI and long loading times (I’ve been playing this on PC) it might be forgotten quite quickly. I’ve also found the game crashing quite easily, and it’s done so about five or six times now out of my 50 hours. 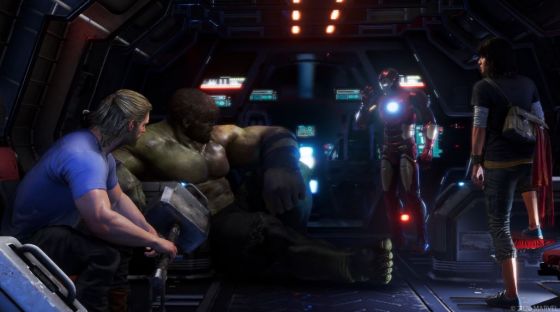 Is Marvel’s Avengers worth buying?

I recommend Marvel’s Avengers. Even if you’re not a big fan of the Marvel universe, the clashiness of the gameplay is satisfying, and the story is enough to keep anyone interested. The game has about 10-12 solid hours worth of main-line content, and an additional eight or so hours of side-quests before you get into big multiplayer missions, which are fun, even if repetitive. New heroes and regions to play in will be added over time, which is something to look forward to, with the narrative set to unfold over “multiple years”.

You’ll love Marvel’s Avengers if you’re a fan of third-person action, fighting games, action games or Marvel movies. The game is available on PS4, Xbox One and PC, with PS5 and Xbox Series X and Series S releases planned, and retails with a value starting at $79.

How to trade in your old phone and save with Telstra, Optus and Vodafone

How to watch the Rugby Championship & Bledisloe Cup